Save
AD Round Up: Snow Houses Part I
Share
Or
Copy

Merry Christmas to everybody! And to celebrate the day Santa visit us from the North Pole, we bring you our selection of previously featured snow houses from all over the world. Enjoy!

Holiday House on the Rigi / AFGH Holiday house on the Rigi, Scheidegg. The building was arranged on the periphery of the property so that the distance to the neighbouring houses was as large as posssible and so that the option of constructing another building could be left open. The concrete cellar anchors the building in the sloping terrain (read more…)

Los Canteros Mountain Refuge / dRN Arquitectos The site was an existing void in the middle of a slope, bound on two sides by magnificent old containment walls built of stone. These walls defined a level area of approximately 12×10mts, 7.5mts below the level of the road. A few scattered trees seemed significant, as vegetation is hard to find at 2000 mts high (read more…)

Broken House / KWK PROMES The building is located on the outskirts of Katowice, Poland, near a forest, on land deteriorated by 4th category mining damage, where tectonic faults are a possibility. Hence the connotation of uplifted layers of soil, interwoven with one another, which was the inspiration for the form of the house (read more…) 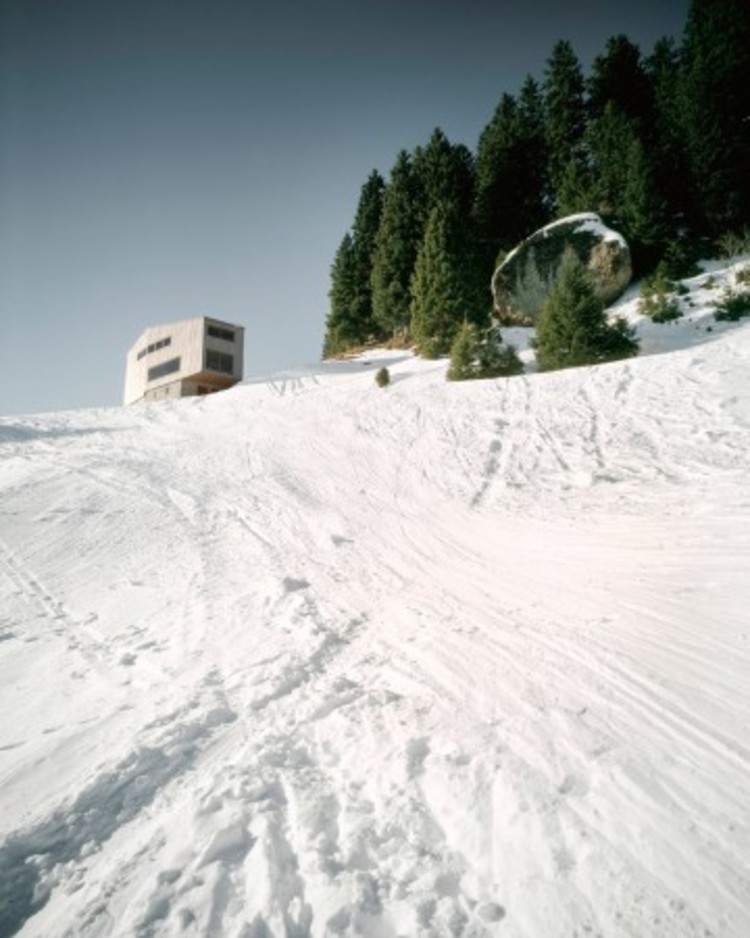 Fjällhus Residence / PS Arkitektur The Mountain Lodge is a modern take of a traditional barn of the region in Härjedalen, Sweden. The Lodge comes as prefabricated wooden units. It was originally designed in 2005 by architect Peter Sahlin for his own family, as a vacation retreat in the fells of Härjedalen. Five houses have since then been produced in the region (read more…)

Villa Old Oaks / OFIS arhitekti The residence is situated in a new neighborhood of six larger villas. The unique feature of the site is a splendid view of a stand of oak trees that are over a hundred years old. The terrain slopes down towards these trees. To guarantee that most of the major spaces will have access to this view, the house is organized in stepped levels (read more…)