Save
AD Round Up: Patio Houses Part II
Share
Or
Copy

Of the hundreds of houses we’ve been featuring, there’s some really nice patio houses. So enjoy our second part (see the first part here), of our previously published patio houses.

OUTrial House / KWK PROMES A green clearing surrounded by forest was the only context for the proposed small house. Hence the idea to “carve out” a piece of the grass-covered site, move it up and treat it as the roofing to arrange all the required functions underneath. When the whole was ready, the client came up with another request (read more…)

Bianna House / Hidalgo Hartmann The house is composed by two concrete volumes that are inserted in the territory getting fused to it. Both volumes of diferent sizes are set firmly to the ground by the enlargement of the containing walls that define them. These walls modify the topografy of the territory to get the volumes more integrated in it (read more…)

Casa Wakasa / wHY Architecture Casa Wakasa, home to a young family of four is located in the suburbs of Osaka, Japan. The house attempts to be both a reflection into contemporary Japan’s family life (sense of family vs. privacy) as well as a solution to balance individual freedom and space with collective activities and time. The basic unit of the house is an amalgam (read more…) 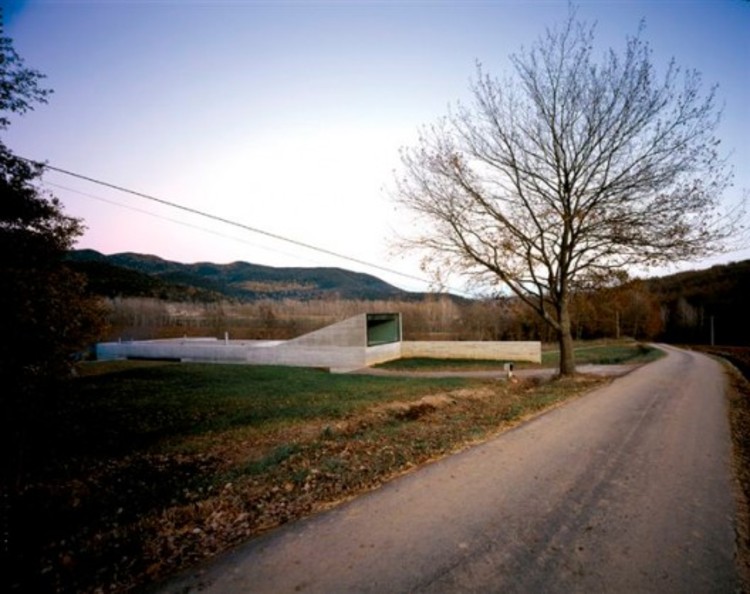 Chilean House / Smiljan Radic These two houses -actually there´s only one built- recall the houses of tenant farmers in the Chilean countryside: the existing walnut trees haven´t been touched, the outside has been denied thanks to a whitewashed perimetral wall. An inner courtyard with the possibility of being covered with an agricultural tarpaulin (read more…)

Parr House / Pezo von Ellrichshausen Architects This is both a huge and a small house. It doesn’t have extended rooms but instead a series of rooms that repeat themselves and some functions that are doubled according to the traditional Chilean country life. The house is located in a small farm where, until not long ago, stood the owner’s old house where his childhood was spent (read more…)