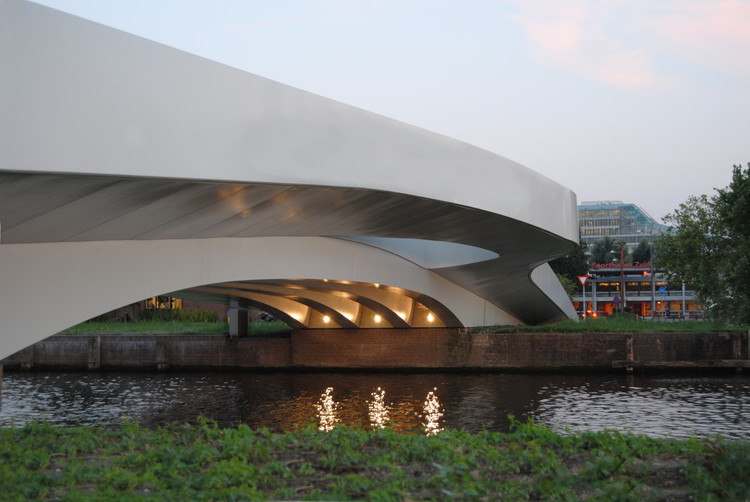 Text description provided by the architects. The “Na-Druk-Geluk-Brug” is part of the new public space around the Olympic stadium in the 'Noord-Zuid As' area of Amsterdam. The 1928 Olympic stadium was completely renovated and updated to contemporary standards in the late nineties while considering the spirit of the original design made by Jan Wils.

The stadium is named in one breath with Berlage's famous Plan Zuid because of his geometry and horizontality. Nowadays it is not only a statement for the Olympics in 1928, but also a host for several cultural and sports events. The bridge gives access to the public space on the north-west side of the stadium, which is designed for the urban plan of Sant and Co.The solid appearance of the stadium is accompaniedby the pavers in the public space to the waterfront.

In the direction of movement towards the Olympic stadium there is a viewpoint. The pedestrian is forced to change direction which makes him alter his view from the direction of the bridge to the surroundings.  At this point the bridge makes a connection with the water by an opening in the bridge-deck and the pedestrian will get confronted with a total different vision of the bridge then that one should expect according to the bridge's side appearance. On the stadium side the bridge is asymmetrical connected to the square designed by Sant and Co, the branch is oriented to the north-west stand of the Olympic stadium. 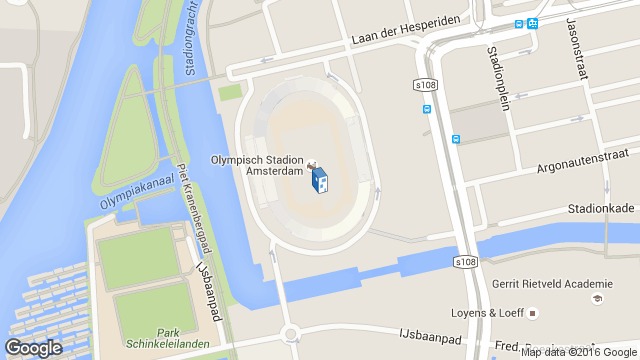 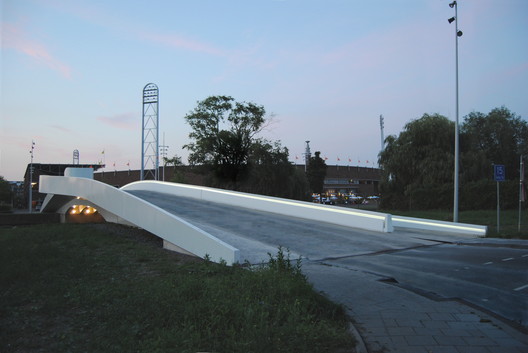