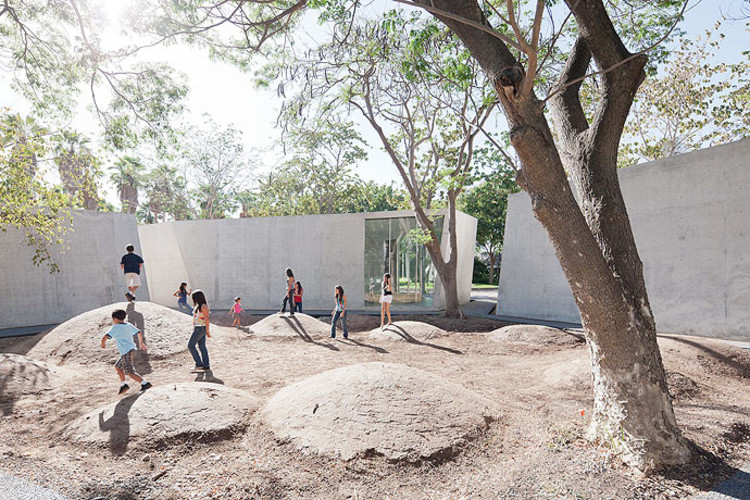 Text description provided by the architects. The Culiacan Botanical Garden was created by the engineer Carlos Murillo over 30 years ago. 6 years ago, the president of the board that manages this botanical garden in the middle of the city, decided to make it a point of reference both for the local and international community. Thus, six years ago began an ambitious project that beyond strengthening the garden’s collection, includes the installation of 35 works of art and a set of 15 small pavilions that will provide services to the garden and its new art program. Botanically, the aim of the project is to maintain its global collection and enrich it with species of high biological and ethnobotanical value. The garden seeks to become an institution of reference in terms of conservation and research of flora from northwest Mexico, especially flora with a certain conservation status and high ethnobotanical value. To highlight its ecological character, the Environmental Operations Studio (TOA) was invited to make an environmental and landscape project. The botanical intervention carried out to date has positioned the garden as the main collector nationwide of two species: palms and bamboos, and in a few years will make it into a world leader.

On this natural sanctuary, the curator Patrick Charpenel generated an art project involving 35 of the most important contemporary artists of different nationalities. Pursuing the idea of developing specific works for the garden that reinforce the dynamics of visitors, the project generates a different artistic experience, a frontal approach with these types of expressions, which is radically changing the way that Culiacan society admires contemporary art. The office of Tatiana Bilbao is in charge of reconciling nature with architectural order. The trace of its paths and its structures of public service were done in a way to elude the almost anarchic growth of nature. The Huanacaxtle tree gave us the scheme that was chosen to design the new paths. We designed 16 small structures with a diverse program. These buildings are laid out in six sets, which for practical purposes, we call: Southern Access, Open Auditorium, Cultural Services, Greenhouse, Educational Services, Curatorial, and Northern Access.

The Educational Services set, finished on site, consists of three buildings: restrooms, multipurpose auditorium, and classroom. The structures were designed as part of the landscape, buildings that could relate to nature through their tectonic shape and built of exposed concrete. They will turn green as they react to moisture over time. Exposed concrete, besides being a finish that does not require any further processing and which can achieve a high visual quality, has the advantage of requiring very little maintenance, it has a long life, and has thermal qualities. In this case, due to the aggregates used, the exposed concrete has a waterproof feature which allowed us to build the roof slab in the same material. Implementing practices highlighted in this project were the processes of formwork due to the difficulty of the design angles, as well as methodologies for vibrating the concrete and ensuring its texture.

The Open Auditorium, the second built set, is a space formed by three walls that contain an outdoor screening area. To design the layout of the walls and the location of the screen, we did an analysis of shadows on floor and walls. We conceived this space as an outdoor auditorium which has natural shade from the surrounding trees. It is located on the southern access of the Botanical Garden, in order to give users an introduction through a 7-minute video. It has an entrance hall that also serves as a plaza to organize groups using the building. The Botanical Garden is a public space, as an open museum, where users have direct contact with the pieces and the buildings without any restriction. Physical activities are performed, and it is the scene for photographs and special events for the public. Currently, the garden is visited by over 30,000 people a month, and it is one of the main attractions of the city. The garden has become an icon in Culiacan, a point of reference, and the space that was needed for the recomposition of identity and social fabric. 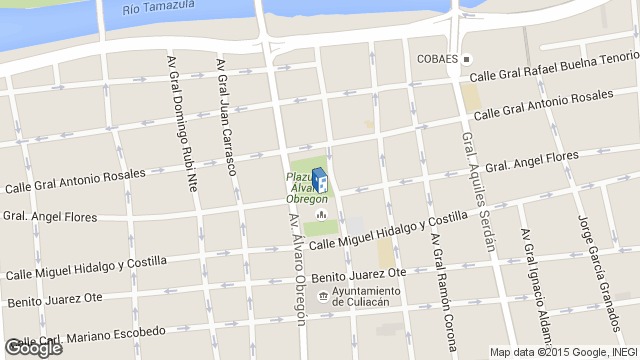 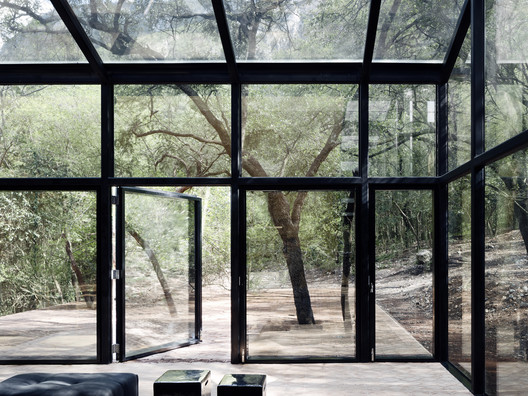 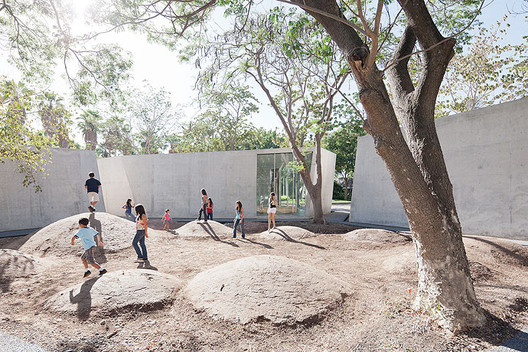