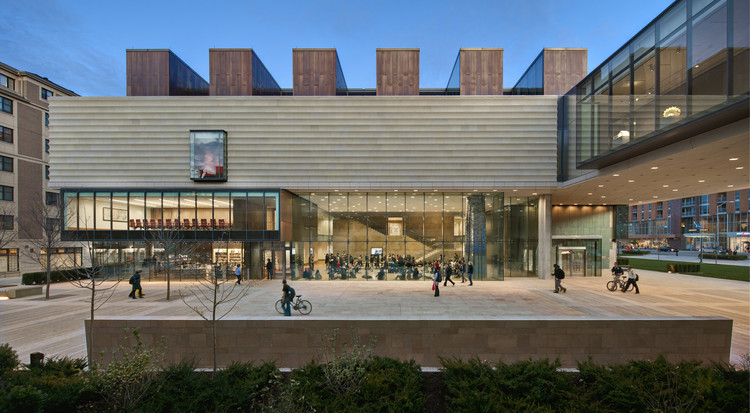 Text description provided by the architects. From the project’s earliest stages, the goal has been to create a strong physical connection and sense of continuity from the existing museum to the addition. Building on this initial concept, two other very important relationships that have been a focus of the project are the connection from outside to inside and from the addition’s entrance level to its main gallery level.

The connection between the existing museum and the addition is a bridge gallery at the third-floor level creating a strong physical connection or continuous flow of gallery space from the existing building to the new. The bridge and its exterior cladding/material construction are being investigated to both unify the south façade of the Museum and serve as a unique gateway to the campus.

In contrast to the third level’s continuous band, the first and second levels are composed of a series of “boxes” that project and recede from beneath it. Their material expressions are conceived to be distinct from the third level, comprised of bronze/copper plate, board-formed concrete, and glass. The addition’s façade aims to be far more transparent and inviting to the public than its existing counterpart in areas where it can afford to do so. As an example of this, the public lobby consists of a large two-story glass volume that orients itself towards what will be a significant courtyard space along a portion of the East Campus Mall, making itself and the new museum entrance visible from both the pedestrian mall and University Avenue.

The addition’s main public stair is centered in the lobby. Its orientation and openness create a strong relationship between the entry level and the main gallery level. The stair is formed by a continuous band of stone veneer, which is conceived of as a stone “carpet” running uninterrupted, climbing and folding to create, define, and connect a number of different exterior and interior elements and spaces. Copper-clad monitors make up the addition’s roof-scape and help bring natural light to all of the permanent galleries and the mezzanine gallery at the third level. They take their cues from the existing museum with respect to their aperture size and material choice; however, their form and technical construction are thought of in a new and innovative way. 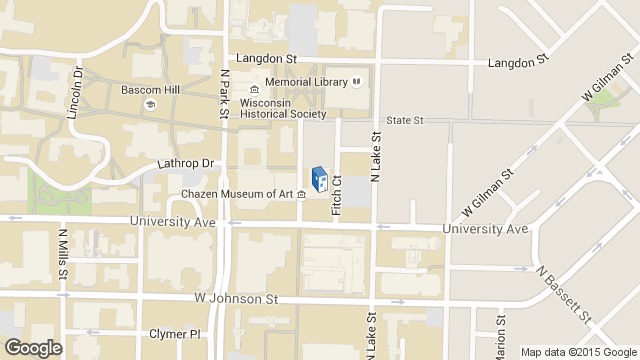 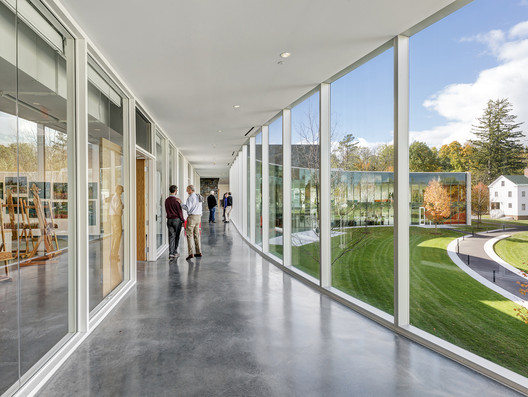