Save
AD Round Up: Institutional Architecture Part II
Share
Or
Copy

Following the first part of institutional architecture we featured earlier this year, today’s Round Up is the second part of previously published institutional projects. Enjoy!

KP Alazraki Corporate Building / AD11 The project for the advertising agency Alazraki KP consists of two buildings constructed at different stages. The first one was conceived as a radical intervention of an existing building by transforming its use and image, while respecting the existing structure. The building is located facing a high speed road (read more…)

Loducca Agency / Triptyque Located in the neighborhood of “Jardins” – which presently experiences radical changes – and in an avenue with busy traffic, the building faced north emerges as a strong and organic ‘incarnation’ of this tropical city and takes form by absorbing these aggressions. Though it is imponent, the construction isn’t autonomous (read more…)

Basque Health Department Headquarters / Coll-Barreu Arquitectos The lot locates in the crossroad of the two most important streets of the Ensanche (1862) in Bilbao. The restrictive city zoning rules force to repeat the existing building typology, reducing penthousing, chamfering corners and rising a tower. The building groups together vertical communications and general services within a bone (read more…) 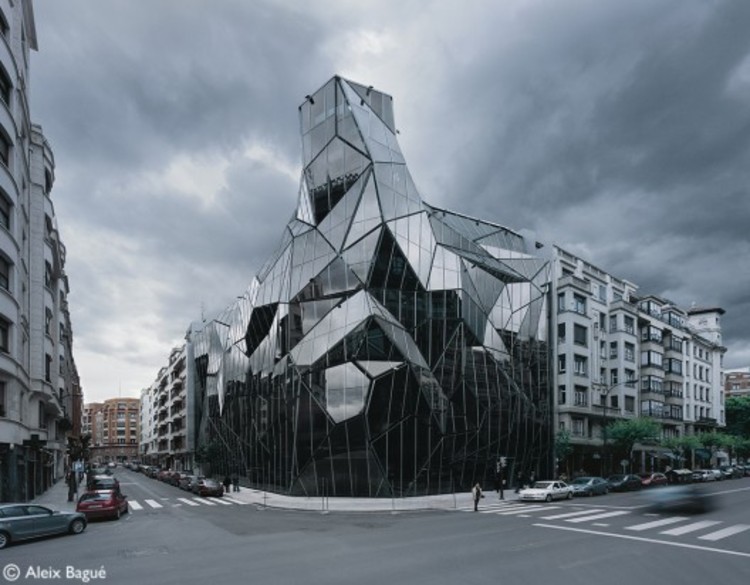 Paykar Bonyan Panel Factory / ARAD The project is a factory that contains a prefabricated building system production plant plus an office & ancillary building. The site location is an industrial city for non-pollution factories, 35 kilometer away from Tehran/ Iran. The Client Goal is to change the traditional construction system to an industrial building system (read more…)

Los Heroes Building / Murtinho y Asociados Arquitectos The challenge was the rehabilitation of a ‘70s building for a new purpose: The General Offices of Caja de Compensación Los Heroes. The corporation is privet, independent and non profit institution. Its role is to administrate social security funds for economic help for retired persons and workmen through small and soft loans (read more…)