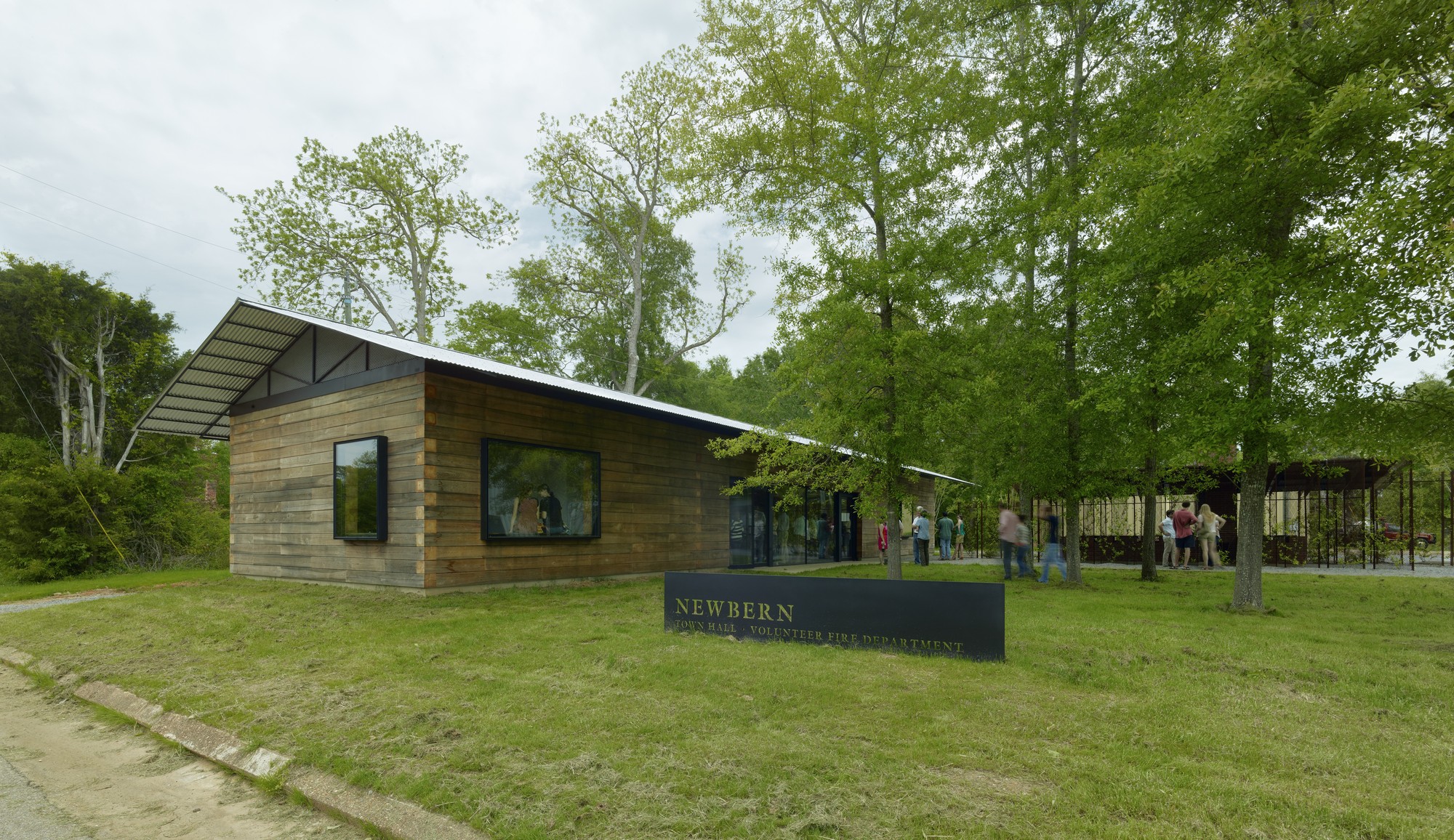 Text description provided by the architects. On February 23, 2013 the Town of Newbern celebrated the opening of Newbern Town Hall. A small town built around a traditional southern main street and built along a busy highway that connects two larger towns, Newbern, Alabama’s downtown is the center of community activity that recently lacked a formal gathering place. In 2010 the Newbern Town Hall project was identified as a way to fill this need. Rural Studio student design team Brett Bowers, David Frazier, Mallory Garrett, and Zane Morgan began to work with The Town of Newbern, Mayor Woody Stokes, the town council, Hale County Probate Judge Arthur Crawford Sr. and the Newbern Volunteer Fire Department to develop a civic campus to fill this need.

As the second only new building planned for Newbern since the early 1900’s, it was natural to use an adjacency to the new Fire Department to organize a public space. Sited to the north of the Newbern Volunteer Fire Department (2005 Rural Studio Project), the walls of the Newbern Town Hall and Fire Department create north-south boundaries to define a civic square. The east boundary is demarcated by a covered barbecue pit and vegetated screen wall – the screen wall also functions to hide site parking beyond. The Town Hall, as the primary community and civic building in Newbern, will function as a meeting place for the Town Council, provide a place to teach community classes, become a voting location, and will be available for other miscellaneous community events.

To provide the Town Hall design with the gravity and scale of a civic building, the design team created a wall system using 8” x 8” old growth bald cypress timbers (all harvested from the Alabama Delta Region). The heavy timber cypress members comprise the entirety of the building shell – serving as exterior and interior finish, and providing building insulation. The roof structure includes 43 king post form trusses sized to provide deep overhangs to protect the walls, while the roof’s open gable ends assist with building ventilation.  In the main entry, the timbers form a clear span of 28' over the entry doors and large glass windows - accomplished by gluing and bolting the timbers together tightly, creating a laminated heavy timber beam.

The cypress timber skin, although providing design economy with a serene and simple beauty, by its very nature provided the students with opportunities for design innovation. For instance, over time the timbers dry and may shrink in size. Shrinking timbers make window, door and roof framework connections challenging, may create issues with interior wall construction, and can threaten an airtight building envelope. As a result, every detail in the project had to be designed to adapt and prevent failure if the cypress timber shrinkage is significant.

Students prepared for possible material shrinkage by spending approximately two months preparing each timber with a routed drip edge, a spline for timber stacking connections that, along with an added foam gasket, will also act as an air barrier for the building. Floor to ceiling length threaded rods occur at every 4’-0” throughout and ratcheting plates were placed at the top keep the walls tight, even as the walls shrink. Windows and doors are mounted either fully inside or fully outside of the timber walls, and slotted bolt connections holding the metal frames to the timber walls can accommodate up to 4" of shrinkage. A necessity of construction, the final effect strongly enhances door and window openings in the building. 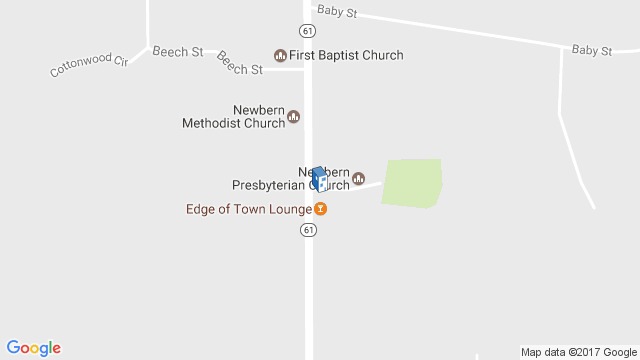 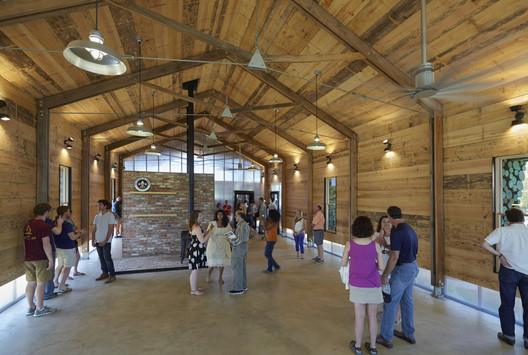