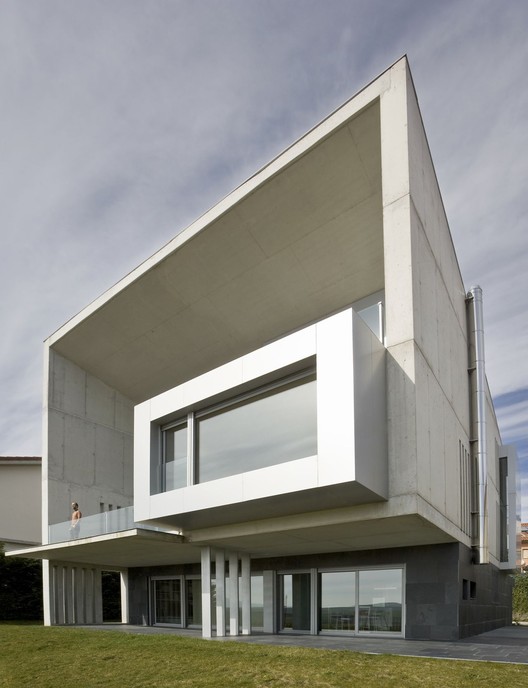 Text description provided by the architects. The plot of an almost rectangular shape has an approximate size of 15 meters wide by 29 meters long, with a Northeast-Southeast orientation in its longest axis. Its upper part runs alongside an access road, and its bottom part with another on which there is a rising slope, defined in the first section by means of a talus; the other parts adjoin similar plots. It belongs to a series of closely built houses, with very little space between them: it is part of a series of consecutive, adjacent plots of similar characteristics which, as a group, are one of the building developments of the Castillo de Gorraiz housing estate very near to the city of Pamplona.

The programme is that of a quite conventional family house. The project meets the dimensions of the very limited available floor plan, using mandatory setting back of the buildings on the perimeter. It also uses layout criteria that follows a very conventional family home scheme: the day area is on the ground floor, once related with the access to the exterior and access to the garden; this is, logically, linked to the living area, communicated with it by the corresponding covered porch; and the night area (bedrooms) is located on the top floor.

The design decisively depends in any case on essential circumstances: on the one hand, the conditions of the plot, amongst which we should highlight its very scarce availability in dimensions and maximum building, the important topography of the area, the location of the pedestrian access from the top street and the vehicle access from the lower street, and the coincidence of the direction of the slope with that of the access, the orientation and the views; and on the other, the requirement of a series of mandatory setting back of the buildings on the entire perimeter of the plot and the requirement to resolve a substantial part of the roofing (specifically, 60% of its total surface) with an slope of 35%.

In view of this the design attempts, to meet the main objective of designing the house on the privileged views provided by its location as much as ever possible. This positions it to the front, coinciding with the South. It attempts to be more closed in on the sides, in order to prevent dominant views and crossed views with the neighboring buildings. At all times it seeks the exploitation of the possibilities of including light to the inside, the modulation of the transition to the outside and the subsequent effects of permeability and transparency.

In the figurative scope, the house is designed as a large box of facing concrete to emphatically and in a certain way sculpturally framing the views to the front in a quite certain manner. The facing concrete becomes the predominant material in the construction and expression of the volume, including the roofing; the compositional efficiency of the image as a group is given over to the extreme expressive precision and quality of the materials as delicate as aluminum panels and glass and the plastic effect of its radical and resounding size. 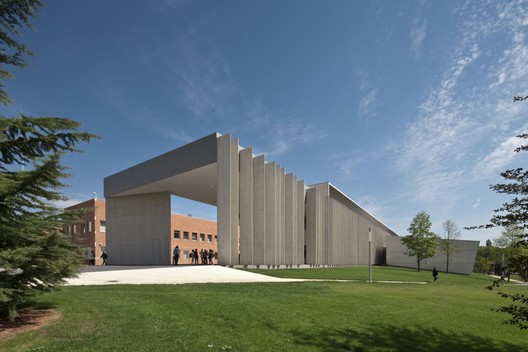