Conceived as a space to house expressions of the rich contemporary and Mexican gastronomic culture, Mercado Roma gives special emphasis to the sense of community and collaboration. Designed by Rojkind Arquitectos and conceptualized by Cadena + Asoc. Concept Design, the space is created to gather selected partners and vendors so they can offer their best products. The space is also designed to favor encounters, exchanges, interactions and relationships making the experience a more meaningful one.

“Mercado Roma is meant to be a catalyzer and detonator to the community. The market seeks to integrate local efforts and launch them from a contemporary platform rooted in cultural traditions and the collective history of a nation”. Ignacio Cadena.

This project is the result of a strong collaborative process that merges multiple fields of design: architecture, engineering, industrial and graphic design, illustrators among others. An industrial space, formerly occupied by the well known Bar Leon, in Colonia Roma, has been repurposed for this project. The street level houses fifty three vending stalls configured in an organic and fluid arrangement, which reinterprets the grid of the traditional market. The two upper levels house a couple of restaurants and roof deck. The project also includes and open air space surrounded by a fully functional vertical vegetable garden, from which fresh produce will be harvest to then be sold at the market, thus completing the cycle of production-distribution-retail.

“We see this as a great opportunity to create a contemporary market in Mexico, where the concept will position it, as a community reference offering high quality products”. Gerardo Salinas

Mercado Roma is currently under construction and it is anticipated to open to the public later this year. 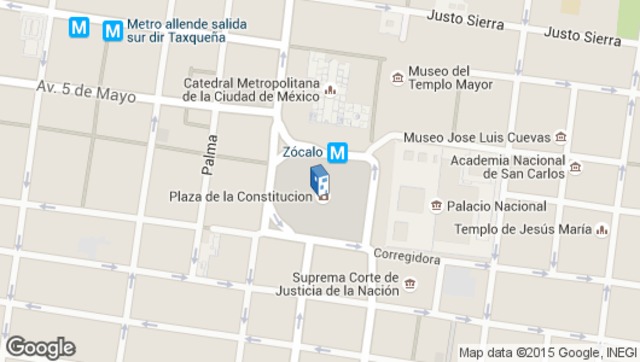