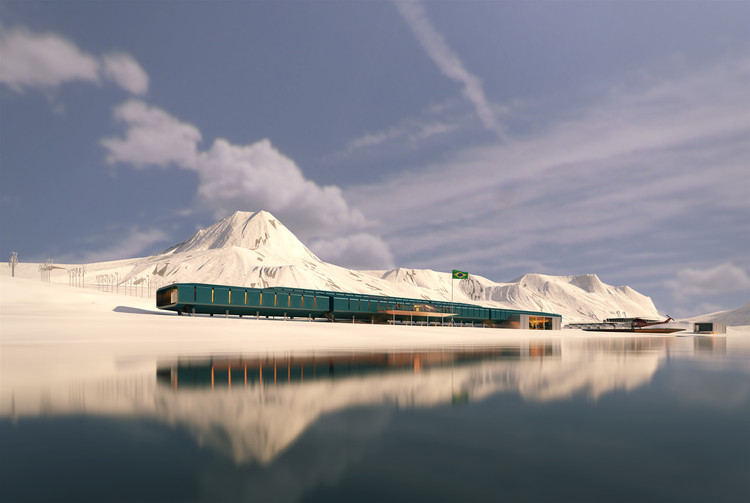 Estúdio 41 shared with us the winning proposal for the Estação Antártica Comandante Ferraz International Competition. All the details after the break.

In certain places around the world nature sometimes creates adverse conditions for the human body. In these places, thinking a building is almost like building a garment, an artifact that protects and comforts. It is a problem of technological performance, but must be combined with aesthetics. Achieving the human well being is more than working notions of comfort and security; it’s also working spaces in their perceptual and symbolic dimensions.

A shelter, a safe place. The new home of Brazil in Antarctica. A place of protection and meeting of people for the production of scientific knowledge. That’s how is faced the task of designing the new Comandante Ferraz Antarctic Station.

The void left by fire in 2012 loads of symbolism the importance of this new building, it represents the Brazilian presence in Antarctica as a possibility of scientific contribution along with the international community. It also represents an opportunity for technological development for Brazilian architecture and the domestic industry.

On the other hand, the design process leads gradually to the understanding of the human life fragility and how one should act to solve construction, functional and sensory problems. In this sense, decisions are taken carefully, respecting nature and understanding that there are challenges to be overcome before getting to the materialized building.

The proposal for the station Ferraz starts with the interpretation of the territory and geographical conditions of the region. Thus, the implementation of the proposed buildings takes into account the topography of Keller Peninsula and conservation needs in the areas of animal and plant life surrounding, among other factors. Several conditions provided by Environmental Zoning of Use are followed, to minimize impacts on wildlife.

The sectors are organized into functional blocks that distribute uses. The upper block at level +9.10, houses the cabins, service areas and dining / living. The lower block, level +5.95, incorporated the laboratories and areas of operation and maintenance. This same block houses the central barn and garages, located at level +2.50.

A transversal block, also at level +5.95, gathers the social uses. In this excerpt are positioned the video room/auditorium, lan house, meeting room/videoconferencing, library, and living room.

The buildings are suspended on adjustable columns in order to adapt to the changes caused by temperature variation and thawing.

When deployed, the main blocks, together with boathouse, helipad, parking and fuel tanks, set a logistics square north of the main complex. The deployment is completed with photovoltaic panels plants, also to the north, and wind turbines VAWT southwest.

Strategies of Logistics and Prefabrication

Ferraz Station has been designed taking into account the need for prefabrication and industrialization of building components. Due to that we chose to use a continuous constructive section in most of the building. The central strategy in this regard is the repetition of components and building systems allowing to reach levels of excellence in assembling and ensure building performance while streamlining the manufacturing process.

The materials adopted were preferably those that satisfy the various factors of environmental performance generated by the implementation of a building in Antarctica.

The main structures are designed with high corrosion and cold weather resistance steel, treated in a way to minimize the need for maintenance. The steel structure supporting the floors consists of trusses positioned in a grid and is modulated in 600x1200cm panels, that can be prefabricated before transported to the site of implantation.

The bracing structures that support the walls and roofs is carried out with latticed walls cross each positioned a maximum of 12 meters distance.

Internally, various settings can be prefabricated in modular components of wood, as cabins and as separate units, for example. Thus it is possible to carry these dwellings already assembled from Brazil, including its specific furniture.

Regarding the behavior of soils for foundations, from the interpretation of triaxial tests it will be possible to define what is the right solution. What we can see now is the need for stabilization (restraint) from the edges of the areas of work and the provision of drainage able to drain water infiltrated and superficial.

The emphasis of the environmental comfort  strategy was working the envelope performance, preventing heat loss as much as possible.

Another important issue was the definition of desired temperature profiles in each indoor station room. With these settings, the program was also clustered according to three factors: 1 - temperature profile, 2 - Occupation throughout the day, 3 - seasonality of occupation (the difference between summer and the rest year).

From these initial parameters was performed a simulation testing comparatively the performance potential of the insulating materials.

To provide low transmittance in the opaque envelope elements we chose to use the PIR (polyisocyanurate). The thickness of this layer was set at 25cm from specific simulation and comparative data.

The station was simulated with EnergyPlus software in order to understand the consumption behavior of the heating system. The intention is to know the consumption reduction by applying variations of the set points in environments of different use, in relation to a set point (temperature which the climate system must reach) constant in all station environments.

The heating system used was: active heating with convective/radiant plates, triggered by electrical resistances. Reducing consumption of the system was compared to a system with a set point constant at 21 ° C in all environments station.

To understand the influence of some important variables on the behavior of the station, was conducted parametric simulation. These parameters were varied in 5 different simulations (PR01, PR02, PR03, PR04 and PR05). The parameters investigated were: insulation thickness of external walls (PIR), air infiltration and air exchange rate. The order from the simulations was the worst situation, improving one parameter for each new simulation.

However, the renewal of air is extremely necessary to maintain indoor air quality. The impact of this load will be reduced with some solutions such as: use of preheat of outside air, use of materials such as ceilings and coatings that reduce the number of particles in suspension, and use of CO2 concentration sensor (possibility of reducing the renewal rate depending on the concentration of CO2 in the environment).

Assuming that potable water is a scarce resource, the designed systems take into account the need to reuse of wastewater, treatment of greywater and sewage generated.

The central water treatment and sewage is positioned below the upper block, where there is greater demand for treated water, since there were concentrated in this sector the toilets and the kitchen.

As for the energy to maintain the operation of the station, is proposed a model of cogeneration based energy: photovoltaic, wind (VAWT) and also from burning ethanol. The automation system by DPMS, provides a balance between these sources, depending on the available supply of power in every generation system. Only if there is no wind and solar power offer, the system of ethanol generators comes into full power.

The adoption of the VAWT wind system takes into consideration the following advantages when compared to a conventional wind turbine: less need for deep foundations (the system can be fixed to a metal surface), the system's ability to be modulated, less noise. Another measure that could mean a significant reduction in energy consumption is the programmed "shutdown" of some environments such as laboratories and some of the cabins when not in use. These sectors can be kept during the winter in internal temperature around 5 ° C only to prevent freezing pipes.

The calculated primary energy demand, taking into account the strategies and insulating materials adopted in this proposal is approximately 300kW. Most of this demand is from the heating systems.

For heating is planned radiant system with radiators installed in each internal environment. The radiators are connected individually with presence sensors and thermostats, which in turn send information to the automation system.

There are several advantages of this system relative to a floor heating, for example. The radiator system is cheaper, easier to install, with lower operating costs as well as allowing optimized sectorization by environment, meaning, if a radiator is not working, it can be turned off independently of the rest of the system.

The heating of potable water in the boiler may work complemented by a thermal storage system. Furthermore, there is heat recovery in generators, incinerators, and with the collection network of hot water (showers and taps).

Strategies for Fire Protection and Combat

The proposed strategy for the security of the Comandante Ferraz Station in concern to fire is based on the following principles: a-sectorization/isolation of risks, b-promotion of fireproof barriers, c-adoption of complementary systems for fire fighting.

The building is organized in independent units that have individualized systems of firefighting. The main system is sprinklers, but in some specific cases (engines, boilers, generators and control) systems are used such as "watermist" complemented with the use of clean agent type FM-200. For the isolation of the station sectors there are prefabricated cellular concrete walls, 10 cm thick, which can withstand up to 380 minutes of fire. In these points, where are also positioned the main emergency exits, there are antechambers with fireproof doors. 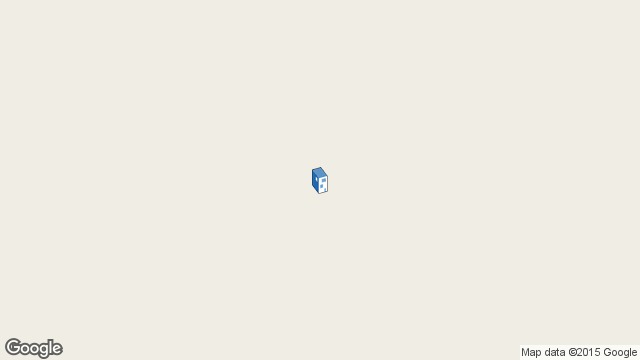