Save
AD Round Up: Restaurants Part II
Share
Or
Copy

Check out our first Round Up of Restaurants right here. Because today, we bring you five more places where you can have a nice dinner.

Yellow Treehouse Restaurant / Pacific Environments The concept is driven by the ‘enchanted’ site which is raised above an open meadow and meandering stream on the edge of the woods. The tree-house concept is reminiscent of childhood dreams and playtime, fairy stories of enchantment and imagination. It’s inspired through many forms found in nature (read more…)

Ar de Rio Bar Esplanade / Guedes + DeCampos Skin is not a new theme in the work of our office, neither are concepts such as standardization or mobility but the new pavilion of the bar Ar de Rio proposes a new approach to these matters. Although it may be seen as a step forward, it is really a logical follow-up to the original concept of the Bares de Gaia set, in which Ar de Rio is included (read more…)

Restaurant 560 / joão tiago aguiar – acarquitectos The restaurant is placed on the ground-floor of an old building in bairro alto, lisbon’s city centre. By hosting different commercial uses, it suffered some changes in order to respond to different functionalities throughout the 20th century. Its last known use was an internet café and tea house, both functioning at the same time (read more…) 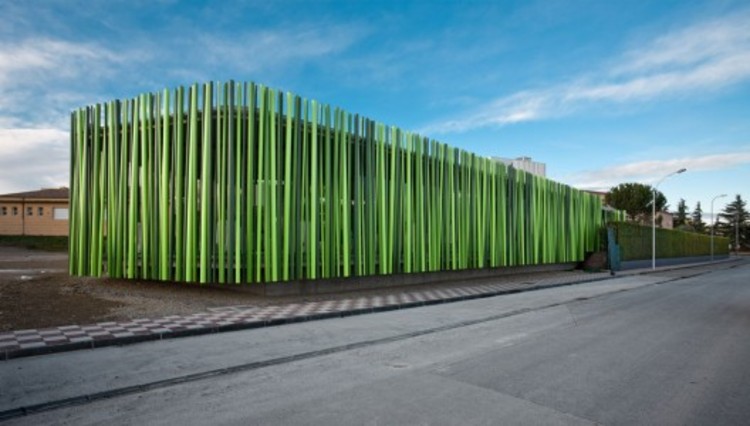 Lounge MS / Vaillo + Irigaray The organizational scheme is due to similar patterns of micro-structures, more in line with geometric patterns of liquid and / or aerosols that Cartesian structures. In establishing a working geometry using “soft” and a unified treatment space “airy”. The new space is conceived as a continuation of the existing fence (read more…)

ArticlesHotels and RestaurantsAD Round Up
Cite: Sebastian Jordana. "AD Round Up: Restaurants Part II" 22 Sep 2009. ArchDaily. Accessed . <https://www.archdaily.com/35917/ad-round-up-restaurants-part-ii> ISSN 0719-8884
Save