Text description provided by the architects. Eduardo de Almeida e Rodrigo Mindlin Loeb sign the design of Brasiliana Library. The building, with more than 20.000 m², will house a rare books collection of 17 thousand titles about Brasil donated by the books collector to the university.

At the end of 1999, José Mindlin transferred to his grandson, Rodrigo Mindlin Loeb, and to his friend Eduardo de Almeida, a mission: develop and move forward the idea and design of the library to house the rare collection of books – the biggest and most important private collection of Brasil with around 17 thousand titles and 60 thousand volumes – which he has donated to the university of São Paulo (USP). When Mindlin died, in february 2010, with 95 years old, the construction works advanced over the funding and political difficulties, and the conclusion was only a matter of time.

The 21.950 m2 building seeks inspiration in very well known libraries around the world, such as the Beinecke Rare Book & Manuscript Library, in Yale University, USA, and Saint Geneviève Library, in Paris, France.The Library of Congress, Washington, was consultant to define conservation parameters.

The complex will house the important collection of the Instituto de Estudos Brasileiros (IEB) (Institute of Brazilian Studies), a bookshop, cafeteria, exhibition hall and an auditorium with 300 people capacity.

The design took into consideration environmental and sustainable directions. All spaces are connected by a large independent roof structure with a laminated glass central canopy, allowing natural light, saving energy, with an additional system of UV filters and a perforated plate ceiling, protecting from direct solar radiation. The Instituto de Elétrica e Eletrônica (IEE Institute of Electronics and Electric), USP developed a plant of fotovoltaic energy generation over the roof structure. With 150kw capacity, may provide all energy supply during daytime.

Integrated landscape will generate a small scale forest around the building. A few trees were transplanted to allow construction, and thousands of trees were planted in the neighborhood as a environmental compensation. 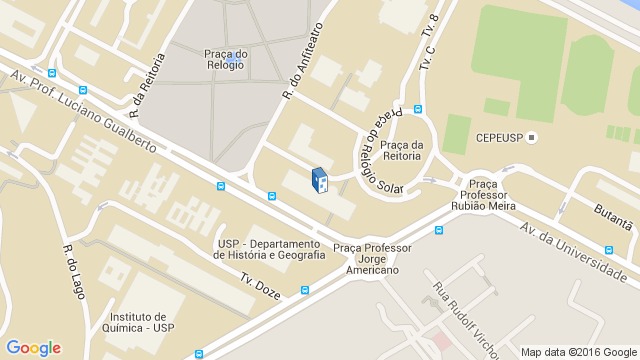 Location to be used only as a reference. It could indicate city/country but not exact address.
Share
Or
Copy
About this office
Eduardo de Almeida
Office
•••
Mindlin Loeb + Dotto Arquitetos
Office
•••