Save
AD Round Up: Public Facilities Part II
Share
Or
Copy

Public Facilities can show great variety in architecture. We featured our first selection a while ago, and today we bring you our second selection of previously featured public facilities on ArchDaily.

Scottsdale First Assembly / debartolo architects This project strives to create architecture that is regionally sympathetic as well as grounded in the context and community of its place. We can not fall back on superficial fads or historical “styles” that are so common in this region today. If we imitate the form of these historical buildings without recognition of the original content (read more…)

Lorenz / Pedevilla Architekten St. Lorenzen is a small community in South Tyrol, an area of the Italian Alps that lies near the Austrian border. The newly constructed Town Hall of St. Lorenzen is located in its historical church square, which forms the heart of the village. This positioning of the Town Hall has resulted in the creation of two separate spaces (read more…)

Manresa City Hall / Add Bailo Rull We have understood Manresa as the city that one day settled itself on a hill bordering the river Cardener, in front of Montserrat mountains. The City Hall building stands near the edge of the platform that, occupied by the historic quarter, juts out towards the river and faces Montserrat. The main facade overlooks the central city plaza (read more…) 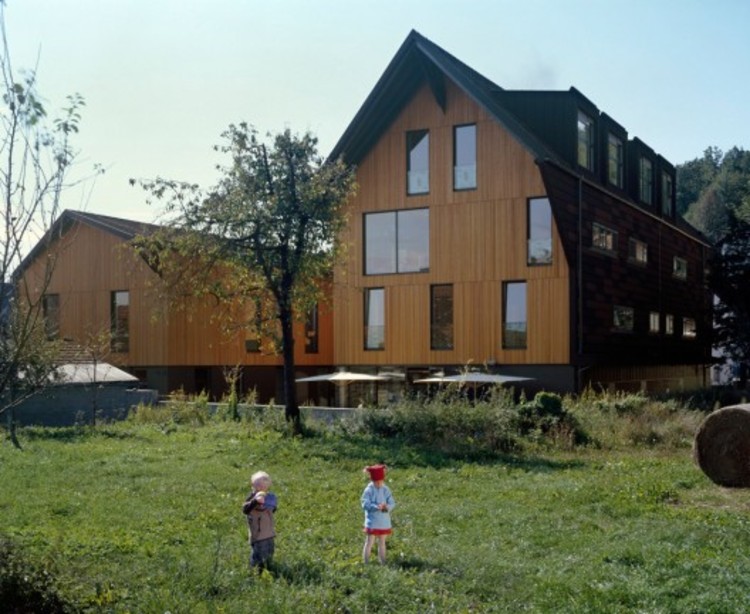 Ig Centre / Atelje Desman & Gregorc+Vrhovec The new Civic Centre Ig creates a lively and bustling centre of the community and makes it possible to do most daily errands in one place while meeting fellow village people. The design is based on the morphology of the village. It’s important to protect and complement the characteristically built village core (read more…)

Rouen Grand Mare / Beckmann-N’Thépé architects On the basis of a town plan laid down by Nicolas Michelin agency, and more specifically on the site of an old 60s and 70s housing bar, the building designed by the architects introduces a cosiness that should encourage more dynamic social relations on the housing estate. The buildings use an architectural style (read more…)