Inspired to create a landmark in Sofia for the Collider Activity Center, the form of this building volume emerges from the striking rock columns, which are planted underneath the layer of earth and extend up into the open landscape. Instead of literally being rocks, this design by Gojko Radić and Nataša Stefanović metaphorically has an analogy in this natural Bulgarian setting around its stunning cliffs. More images and architects’ description after the break.

Structurally, the building can be seen as a forest of concrete and light columns that provides an impressive sight from the park and from the street as well. Urbanistically, the character of the center is dominated by a large building set in an expansive park landscape. Facing the street, the building has a clear connection with the urban city.

Solid concrete and a transparent glass facade canvas wall, mixed with a void, builds a rhythm that repeats and alludes to the fragmented urban environment. Plato in front of the building, an attractive atrium, and a visually open climbing hall attract the attention of passers-by and visitors, while the formally framed park in the distance leads them on an adventure. In addition, a roof terrace, remarkable from the plateau, invites guests to join and experience a view, where the urban landscape melts into Vitosha mountain slopes.

At the other side, approaching the park environment, volumes are gradually reduced in height, led by aspiration to merge the building with the horizon, but at the same time directing views towards the mountains. This approach does not affect the park atmosphere and again keeps the compact manner of the building. 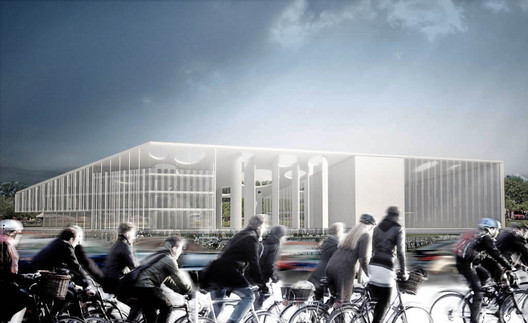 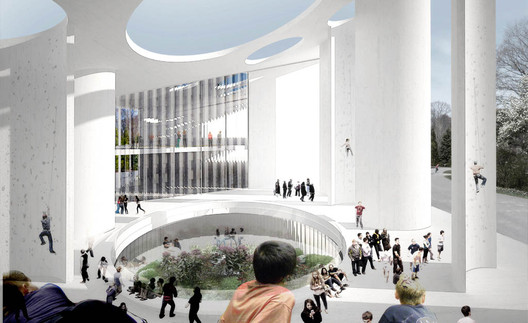