Text description provided by the architects. Beyond historicist, esthetic, or linguistic considerations, the intervention in the palace of Marqués de Gastañaga is based on an understanding of architecture as a live project which must be acted upon by utilizing the preexisting building as yet another material in the construction of the idea of the project and in the construction of the city.

Such is our proposition. History has always worked with sediments. Taking advantage of the best in each. We cleaned the banal ornament off of the palace, removed the disproportionate and anti-functional rooftop with skylights, and left the strongest and most rigorous fenestration devoid of all pastiche, in order to give new value to the plastic power of its walls, and to the abstract compositional order of its voids.

We painted it all white to reinforce its abstract quality, and we used it as a material in order to carry out the following operations: incorporating a plaza into the city, directly across a park, displacing the building compositionally through a great portico facing the park, which transforms the old domestic palace into an institutional, public architecture. The entrance to the building and the plaza are protected from the rain by an expressive canopy which frames the project, the access level is elevated up to the base of the openings on the ground floor to achieve functional and spatial continuity with the plaza.

We created a generous urban space for the city, surrounding the building with a thick layer of chestnut trees, delimiting and isolating the new building from the unfortunate, excessively close housing that surrounds it. We designed a rational, economic office building, flexible in its interior distribution and whose glass skin enhances the rich spatial relations with the naked structure that is the memory of the palace, generating a new architecture that exploits spatial relations in section. An architecture that incorporates a public scale in the most representative spaces of greater use (assembly hall, exhibition room, cafeteria, access and customer care, architects guild, etc).

From the purest urban commitment of the building, affected by the experiences of the objet-trouve, or the usage of contemporary possibilities to understand the material of architecture as an issue of superpositions and juxtapositions, tensions between sensitive and tectonic materials, flexibility and mobility as a spatial experience of use. Reconstructing a new object with the given topological matter.

Trees, plazas, traces, textures, light. Ultimately, a new urban space for Oviedo organized around the new headquarters for the architects association. Program: The current level of the site is below that of the adjacent street level. To enter the palace, it is necessary to walk down to the garden and then walk up again. We propose a new access platform at street level that transforms the garden into a private residence in the plaza which gives access to a public building.

Surrounded by chestnut trees, the public plaza articulates the access to the association headquarters and to the guild. Likewise, both are linked together through the interior of the building. This allows a natural expansion of the semi basement level, avoiding the costly excavation of a second basement. This floor contains the archive, assembly hall, exhibition spaces in the landscaped courtyard, and a bar-cafeteria, which can be used independently from the rest of the building during off-duty hours. The exhibition hall has natural lighting.

Ground floor. The most public of the building: reception, guild offices, bookstore, information, access to the exhibition hall, archive. First and second floors: flexible distribution due to the structure being located at the core and at the end of the floor plate. This distribution is suggested as the most likely, but it is easily interchangeable: administrative area, management, visas, etc. Third floor: its privileged location over the park makes it the most attractive for the most representative uses of the association: dean, governing board, library, etc. 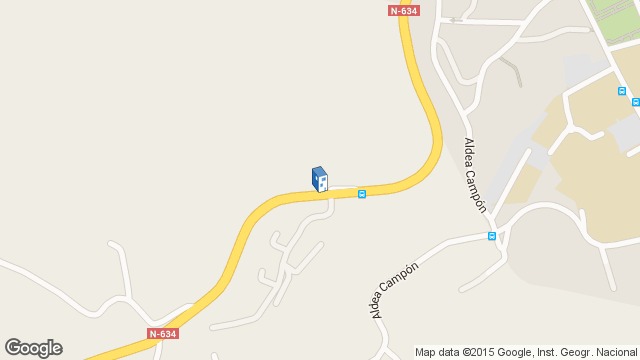 Location to be used only as a reference. It could indicate city/country but not exact address.
Share
Or
Copy
About this office
Ruíz Larrea & Asociados
Office
•••