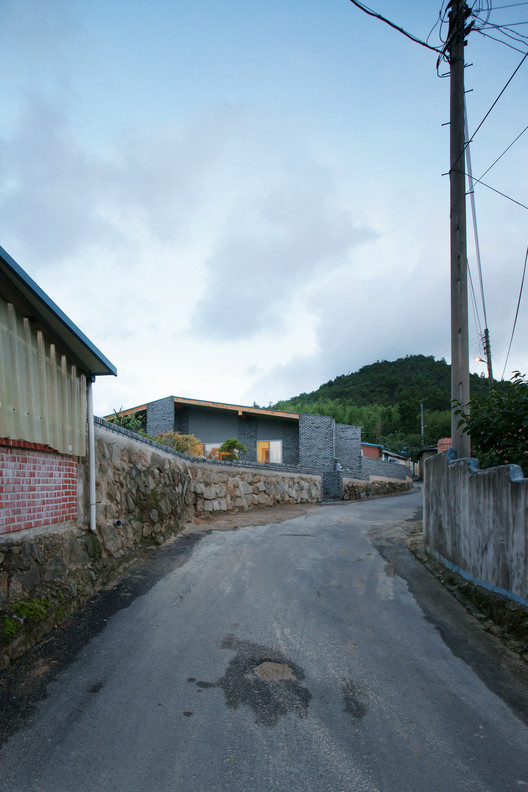 Text description provided by the architects. The building owner with mid 40’s wanted to build a house around his hometown where he was born for his aged parents, and to live afterward, returning to the hometown by himself. He required to build a warm house with good insulation, because his previous house had a problem of serious cold air from ceiling, and to build a house not looking a brand-new house, because the nearby area is a vintage small town. Initially, the building owner wanted to have a one-story flat roof slab building. The reason was that he didn’t want the house to be outstanding in the rural town, and that he wanted to have a barbecue party or so in the roof deck, looking down the town.

Throughout the basic design meeting, a slant roof was recommended, due to insulation, amount of snowfall and harmony with nearby mountain figure and town alley ways, and the structure was naturally shifted from ferroconcrete to light frame wood. By observing neighboring houses, one-story slant roof house finished with traditional bricks with Toenmaru (narrow wooden porch running along the outside of room in traditional Korean-style house) was proposed like other houses in town, and easy communication with neighbors was pursued by making low fences. Toenmaru is small, but a characteristic space that can control sunshine with roof eaves, and can gather people through the open space nearby.

Most of relationship cannot help being parallel, because of one-story house. Thus, the living room was designed to be a central space by crossing three axes. First axis is the traversing one from main front entrance to second entrance, playing a functional role of passage. Second axis is the continuous one from front garden to Toenmaru, and to back garden deck. The building is a stationary structure, but the residences feel the outside change through the structure, and communicate with neighboring environment. The last axis is the vertical one to connect the ceiling lifted by slant roof and attic area in the roof, achieving semipublic living room and naturally ventilating at the same time.

It is the light frame wood structure, but the traditional brick was used as outer wall material. For most of the wooden houses being built recently, stucco on plywood, cement siding or zinc are used, but in this case, the bricks was recommended as most appropriate, considering the harmony with alley way scenery and naturally aged building after 10 or 20 years. Most of the designing process, the building owner actively participated in the entertaining job, and we also could enjoyably come and go to the site. 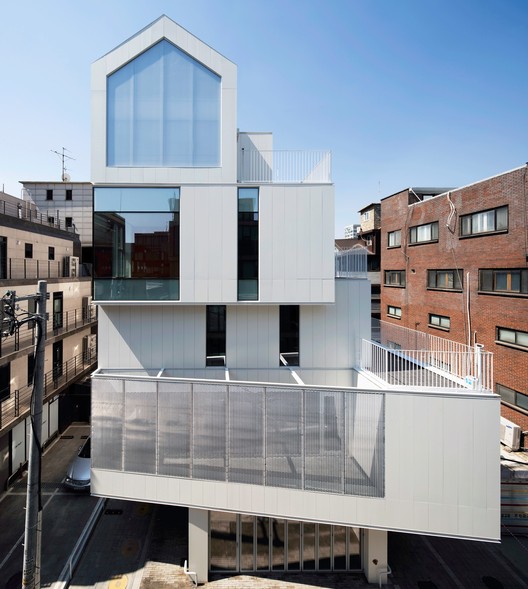