Wolfsburg Cultural Center, located approximately 230 kilometers west of Berlin in Wolfsburg, Germany, was constructed from 1959 to 1962. It was designed by Finnish architect and designer Alvar Aalto. Aalto was born in Kuortane, Finland and studied architecture at the Helsinki University of Technology, graduating in 1921. 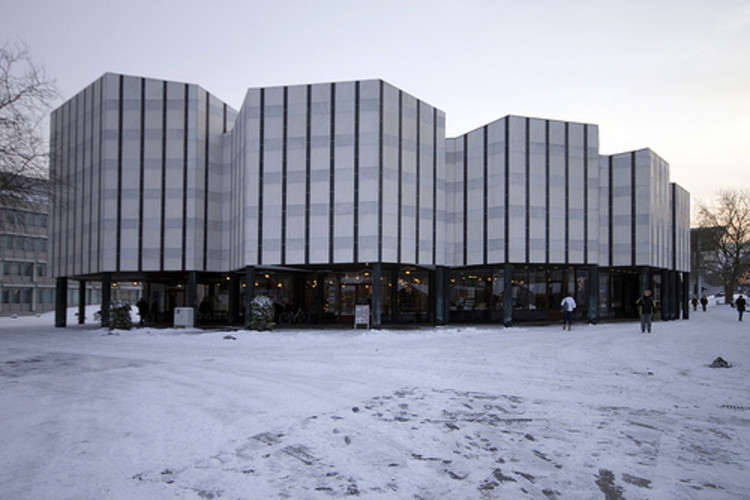 Aalto created the Wolfsburg Cultural Center during the arguable high point in his career. This period ranged from the early 1960s until his death in 1976. The driving goal behind the Wolfsburg Cultural Center was to provide a space dedicated for meetings and cultural activities to provide a bit of relief in the industrial town of Wolfsburg, known for being the headquarters of Volkswagen AG.

The building is composed of four sections: the municipal library, a small school for adult education, an area for hobbies and entertainment, and an area for club meetings and community service events. The design is made up of a few different spaces that radiate around a central square. The ground floor contains businesses, library access, and the children’s library department. The auditorium, workshops, club rooms, and a courtyard are located on the first floor.

One of the most distinct features of the Wolfsburg Cultural Center is its unique shape and façade. The design of the layout of the main section of the building is very geometric; it appears as if a series of hexagonal volumes have been pushed together to form the building. The façade is composted of white and blue Carrara marble, however this pattern of marble does not begin until the first floor. The entire ground floor recedes inwards towards the center of the building, creating a sheltered area underneath the first floor which has a very welcoming effect. Lastly, although Wolfsburg Cultural Center is not an exceptionally tall building, the vertical elements are layered on top of the horizontal patterns on the façade, giving the sense of vertical domination.

The interior design plays with the use of lighting and how it enters the space. There are various geometric skylights that bring light inside. It is clear that Aalto wanted the residents of Wolfsburg to have adequate reading light in the library space, and he designed very schematic placements of these skylights.

One thing that is fascinating about Aalto’s designs, including the Wolfsburg Cultural Center, is his attention to all-around detail. Aalto believed that design was a complete work of art; he did not simply care about the exterior features but also the design of everything that was inside as well. Aalto was so passionate about this idea that he additionally designed the furniture and lamps for the interiors of his buildings. This concern for the all-around design of a building sets him aside from other architects.

The Wolfsburg Cultural Center resembles some of Aalto’s other works, but there are also many differences between the buildings that he designed. This is due to the fact that Aalto went through a few different styles of design, beginning with Nordic Classicism, then moving to International Style Modernism, and finally developing an organic Modernist style. The material choices also varied throughout each building, and it appears that Aalto did not have a specific preference but rather chose which material he found most fitting for each individual project.

Although Aalto created many buildings under different architectural styles, they are all very bold and distinct in their shape. Whether he aimed for geometric or organic, Aalto created very clean-cut forms. Aalto was an extremely respectable architect for his great care and concern of the design of his buildings, inside and out. 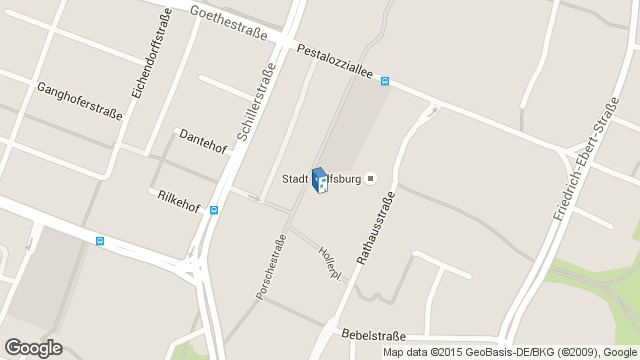