Save
AD Round Up: Theatres Part I
Share
Or
Copy

There are few things more entertaining than enjoying a good show in a good theatre. From all over Europe and USA, we bring you our Round Up of previously featured theatres in ArchDaily.

Vila Joiosa Auditorium Theatre / Arquitecturas Torres Nadal The importance of the project of La Villa Joiosa is it’s ability to build itself as a public project generating a public space. Indeed, the volume of construction which requires the program of a large auditorium is huge. It is one of the programs with a greater volume to be inserted in the city. And it is essentially, a horizontal volume. And generally, unless it falls into a capricious situation, the ideal is to be blind (read more…)

Bijlmer Park Theater / Paul de Ruiter In 2004, Paul de Ruiter was invited to compete in the selection of the architect who would design a cultural building in the southeast district of the city of Amsterdam. This cultural building was to be a multifunctional building for four users; a circus (Circus Elleboog), a theatre (Krater Theater), the Youth Theatre School and the Theatre Workplace, all professional organisations in the field of talent development (read more…) 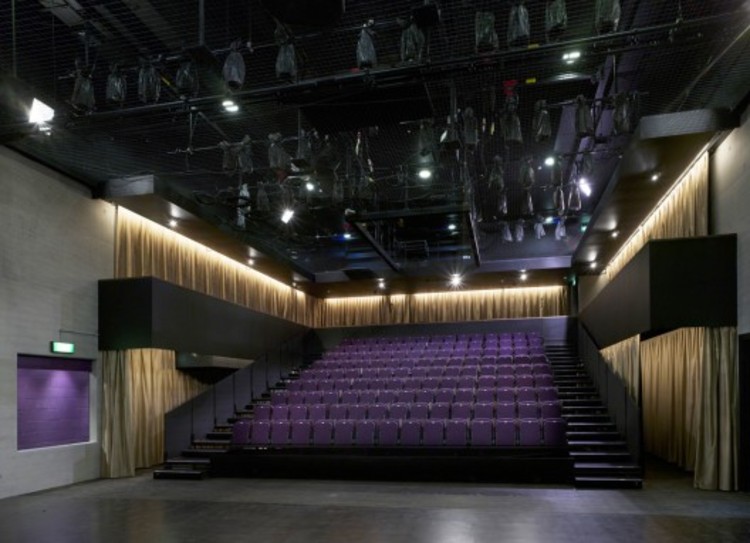 Bengt Sjostrom Starlight Theatre / Studio Gang Architects Rock Valley College wanted to develop a new regional facility for the performing arts at Starlight Theatre to replace an existing outdoor venue. Expanded facilities and a roof enclosure were needed so that performances could go on without the threat of rainouts. At the same time, there was a strong desire to maintain the sense of being outdoors (read more…)