Save
Time Running Out for Melnikov House
Share
Or
Copy 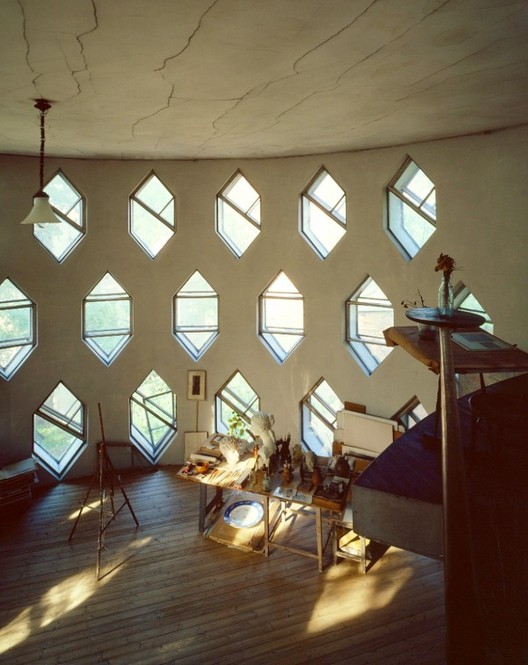 It’s a miracle that the 1929 house was built at all - not only did Melnikov somehow retain his land after Lenin took power, he also managed to get approval for the unconventional design from city-planners (who notoriously privileged uniformity). Today, it is cherished by architects due to its unusual interlocking cylindrical volumes and honeycomb structure (which form the building’s 60 hexagonal windows and allow the interior to be bathed with light).

Clementine Cecil, one of the founders of the Moscow Architecture Preservation Society, considers the building one of Moscow’s most important buildings. She told The Independent, "It's shocking that the situation has been left to get to this stage [...] Constructivism is generally considered the best architectural period that Russia has ever produced, and Melnikov is one of the most important 20th-century architects."

So what’s preventing the house’s preservation? A tricky web of private interests.

Upon the death of Konstantin Melnikov’s son, one half of the property was purchased by multi-millionaire developer Sergey Gordeyev, who has accused Ms. Karinskaya of "illegally occupying" the house. Although Gordeyev has since donated his share of the house to Moscow's Museum of Architecture, Ms. Karinskaya (the grand-daughter) remains dubious of his intentions.

Karinskaya maintains that she will not move out of the house until she can be assured that it will become a museum run by the Russian government - not by Gordeyev’s private foundation. Unfortunately, however, despite Karinskaya’s letters to the Mayor of Moskow (and even President Vladimir Putin), the government has turned a deaf ear.

Story via The Independent