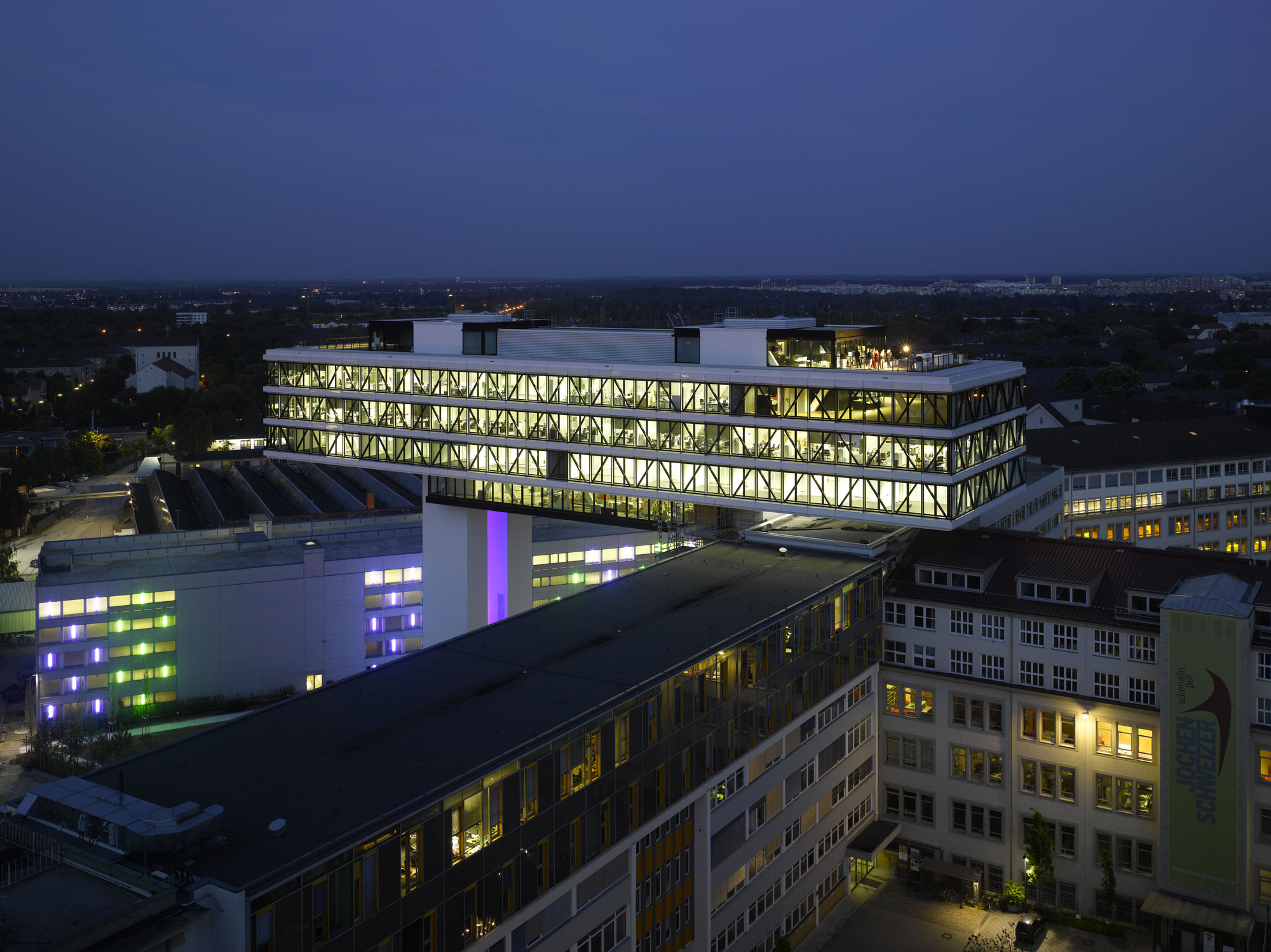 Text description provided by the architects. On the industrial site directly neighboring the East Railway Station, the IVG Munich developed a concept for the future of the “new media” many of which were already housed in an existing building on the site. In order to fulfil the desperately needed extra space requirements for the already fully rented 100,000 square meters of building, Steidle Architects studied the zoning and building situation of this area neighboring the well-known “Kunstpark Ost” (artistic park east).

On a very limited site within a city block, the concept for the Media Bridge was developed;  a concept very unusual for Munich.  The three story high building, measuring 90 x 23 meters lies horizontally on top of two massive pillars in which the access cores are situated.  The depth of the building is unusual for an office, as are the areas with a ceiling height of 3.8 meters.  These dimensions translate into large open spaces with flexible use and a loft-like character within a kind of horizontal high rise.  The position of the building is also unusual as it seems to rest diagonally across the interior courtyard of the already existing buildings.

The raised situation of the structure together with the existing buildings surrounding it create an ensemble which defines a new space for the public in the form of internal streets and a plaza.  This further supports the spatial concept of the master plan “Around the East Railway Station”.  In a future building phase the existing parking garage directly next to the Medien Bridge is to be replaced with a structure which will conform to the framework and geometry of the “Around the East Railway Station” Masterplan.

The architecture of the building connects visually and in material with the existing surrounding structures through the plaster surface of the two access pillars and in this way acknowledges the different eras of building which have made this such a characteristic area.

The stories within the Media Bridge are fully glazed and convey the horizontality of the building.  These layers give the project its characteristic appearance which occilates between  body/matter substance physical.

This phenomenon is supported by the construction of the façade in which the outer layer projects the supporting diagonal steel lattice framework of the building within.  The whiteness of the sunshades contribute also to the changing impression of the structure.  When the shades are down, it appears more voluminous and when they are up the story floors accentuate its horizontality.

The interior offers a wide “field” of possibilities. Open space offices are possible as are small cubicle work spaces. A wide range of interpretations of “Living and Working in the Office” is possible within the Media Bridge. The dominating the atmosphere within the Media Bridge is the commanding view over Munich in all directions and all the way to the alps. Additionally, the atmosphere of the interior is accentuated by the visibility of the steel construction, however since the rest of the interior is white, the overall appearance is coherent and quiet.

The construction is based upon reinforced concrete shafts which house the elevators and stairwells and provide the main access to the building.  Two steel girders hang from these pillars.  The girders stretch up to 22 meters beyond the pillars.  The floors of the building hang from these girders.  That these steel lattice framework are visible in the building was only possible through the implementation of highly efficient sprinklers and the static proof of a new technology for measuring heat.

The building uses district heating.  The air-conditioning system is made possible by a newly constructed well which accesses cooled ground water.  Through these measures, despite the high percentage of glass surface, the building reaches very high technical energy saving values, which are approximately 40% below the Energy-saving Regulation of 2009.  The double layered glass façade plays a large part in keeping the building well-tempered during the changing of the seasons. 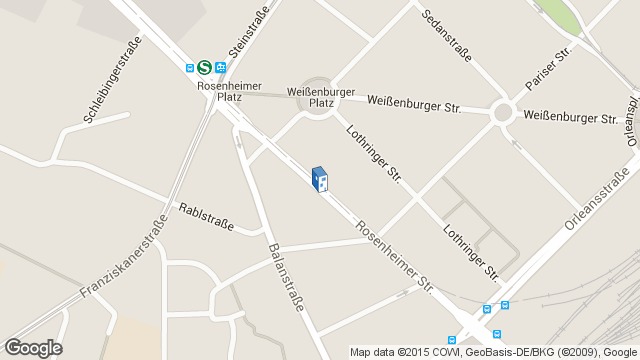 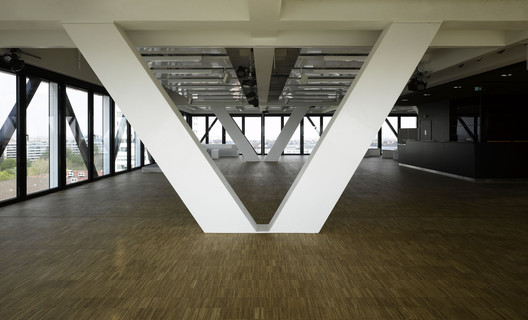