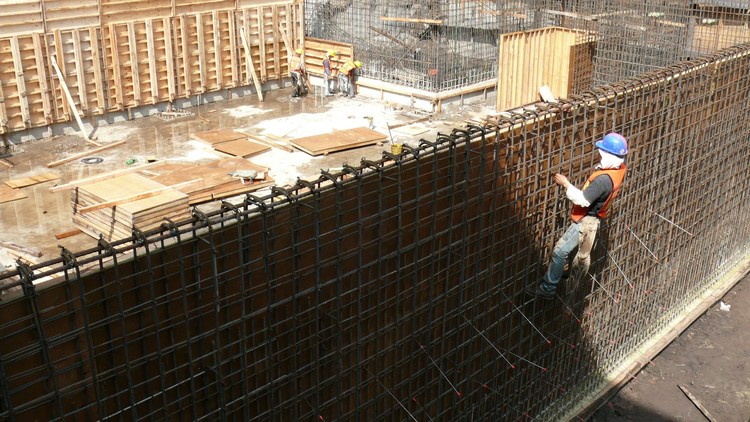 The Museum of Cinema and the Digital Media library will be part of the new buildings that compose the remodeling and expansion for the National Cinematheque XXI century, as fundamental pieces that will consolidate two primary objectives of the institution for the future: the digital receipt of stock and diffusion.

Shall be constructed in the central patio. Its composition aims to promote a new way of inhabiting the space. Furthermore, the basement will house the new “digital brain” of the Cinematheque along with a part of the restoration laboratory and transit warehouse. The museum will have four levels for showrooms and will be extended over the spaces that form the patio: lobby, reception, restaurant, shops, reading room and the playroom will be the new uses that will complement the museum’s program, leading to a new way of living this space. The reconstruction of these elements involve a subtle transformation of the patio, from the old volumes with low walls and fences to new transparent spaces. These changes seeks to emphasize the tectonic force of the volumes of existing rooms and promote greater visual interaction from the inside to the center of the patio. At the same time, this new structure will enable new terraces and corridors on the roof level, providing new ideas to the original set and sticking to the pursuit of making the new Cineteca a campus with different possibilities of tours.

Finally, to the Far East and facing the new volume, the media room will be remodeled in order to become the new Digital Video Library, which will house 25 consultation stations.

The new elements will be the same color as the existing (will recover the original color of the eighties, gray-brown). However, in terms of materials the new intervention will differ from the existing buildings due to the core material: prefabricated concrete parts placed on a metal frame.

The Cinema Museum arises from the need to display the most important events in the history of cinema in a space designed with versatility. Areas that will be converted according to the requirements of the museum and users.

The program includes a basement with a free area of 350 m2, in which to store temporary showpieces, museology material, tools and basic assembly. Also there will be a space dedicated to the Site with air conditioning and humidity control. At the ground floor plan you can find the main lobby access and an exhibition room with an area of 750 m2, where you have access to the gardens. The aim is to extend the central square up to the gardens that surround the property.

It will have three levels of exposure, which may be subdivided by bulkheads. In addition, it will have the required preparations for the engineering systems.

The first level terrace connects the museum with all the pre-existing set through a deck that runs through the central square and ends at the Digital Video Library, which will have access to a huge collection of movie titles available to view in individual booths .