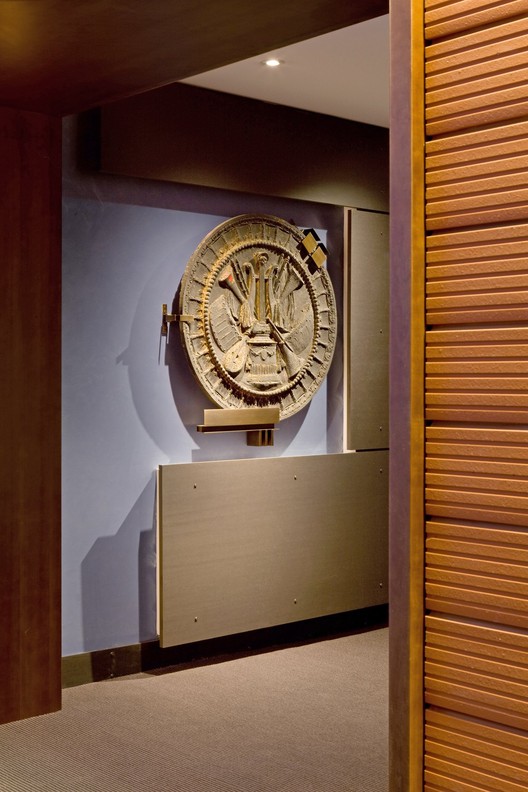 The Stephen Sondheim Theater, designed by COOKFOX, is a state-of-the-art performing arts center in New York City built on the site of the 1918 Henry Miller’s Theater. The new building is housed behind a restored facade that has been landmarked and is a valuable asset to the artistic history of the city. The seating capacity ranges from 950 to 1055, increased from its original capacity, will still preserving the intimate scale, proportions and character of its predecessor. The theater is adjacent to One Bryant Park - the LEED Platinum skyscraper also designed by COOKFOX – and shares its energy efficient on-site power cogeneration and water recycling systems.

The interior spaces retains a sense of the time and place that belongs to Henry Miller’s Theater.  Vignettes of artifacts are layered within the new architectural fabric, includes decorative plasterwork and vintage doors from the original construction.  Where new architectural interventions were necessary, the team did not attempt to falsify a narrative of the past.  Instead, the contemporary alterations are juxtaposed to historic elements, that, where possible, were restored and reconstruction – such as the black and white checkered floor.

COOKFOX’s design strives to set a standard for a new generation of performing arts facilities.  Their goal was to create a comfortable and healthy environment for audiences, cast and crew.  This includes a fresh air system that filters out 95% of particulate matter, while carbon dioxide sensors deliver extra ventilation as necessary.  The project has received LEED Gold certification from the US Green Building Council, making it the first Broadway theater to attain a high level of environmental responsibility. Expressing a sincere respect for both Henry Miller’s vision and the city’s vision for a more sustainable future, the new theater makes a strong statement on behalf of a new generation of the Broadway community.