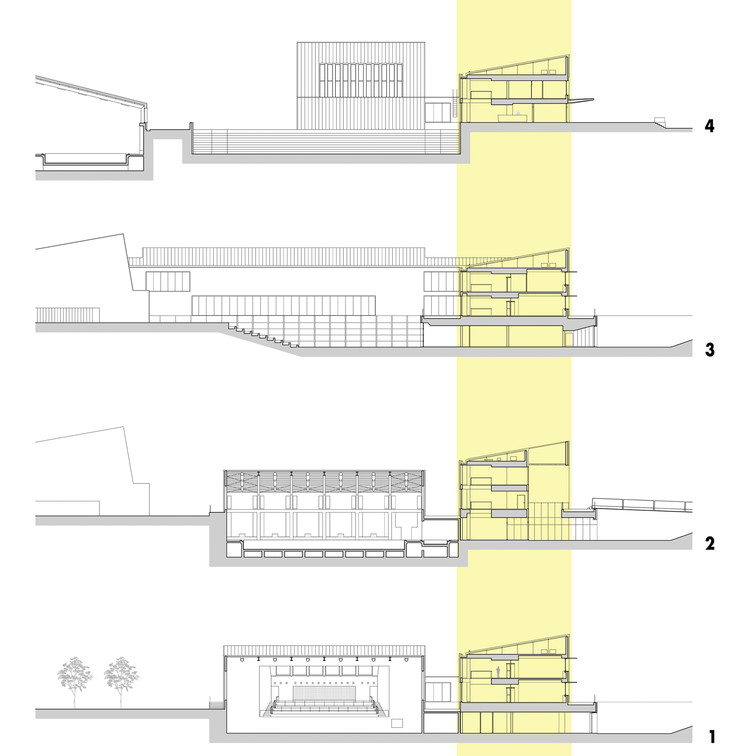 Haileybury, one of the Britain’s oldest and most prestigious independent boarding schools, has its Astana Campus situated on a 12 hectares site, with 20 000 m2 closed area. There were three challenges while developing the design idea of this campus: the vast and flat layout of the city, the complexity of the programme and the climatic conditions.

After all, surprisingly, the rebirth of the archetypal “Courtyard” witnessed – as an unintended reference to the original Haileybury in UK. In a vast city like Astana, which is in the process of development and pervaded by extreme flatness, this two storey, low-rise building, devoid of historic and iconic references, offered its own vastness and horizontality as a reverence to the city.