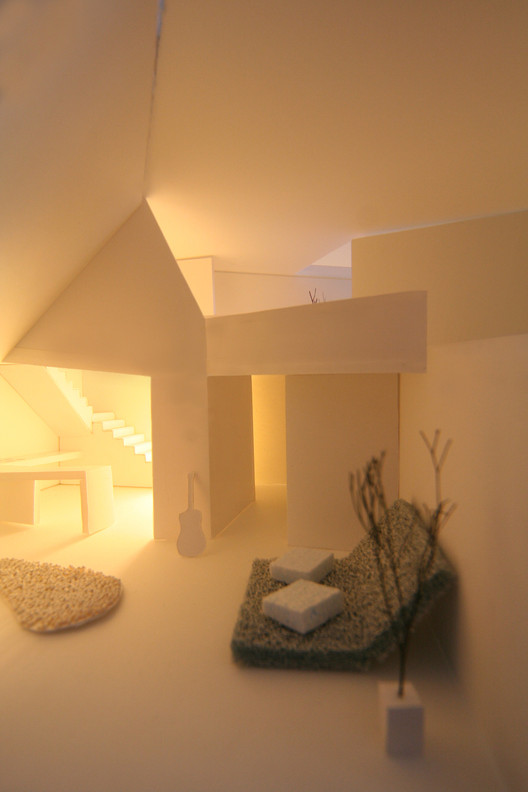 Lude wanted a house in a tradicional neighbourhood in the city of Cehegin, using the roof of his mother and sister’s house as a plot.

Making the most of its privileged situation, Casa Lude is related to its environment in a particular way. Due to the density of the area it doesn’t open directly to the nearby facades but looks along the narrow streets to see the landscape, the Burete mountains and the San Agustin Hill.

In spite of looking different to the other buildings of the neighbourhood, Casa Lude is as compact and introverted as them.

Instead of a conventional layout of the rooms Casa Lude creates a unique, continuous and rich space on different levels with various heights and directions; a space that Lude fills with music. This space extends to the roof as a natural continuation of the interior life. It is a complex space full of light where a lot of secrets are hidden…