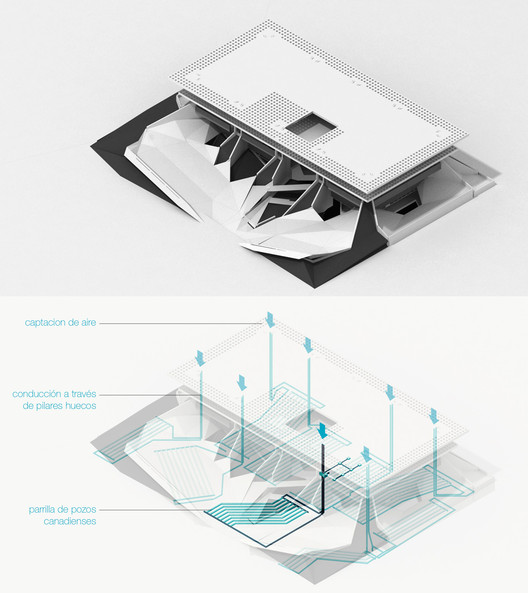 The promoter stated it clearly: “I want a singular and bioclimatic building”

And to him, at the beginning, that meant a building with a relatively conventional appearance which would incorporate bioclimatic systems such as solar panels.

As we were being asked to design an energetically optimized building, we decided to figuratively use architectonic elements providing bioclimatic efficiency with the aim of achieving the singular image requested by the client.

Structural system is improved using Holedeck, a patented system of voided slabs for buildings with big spans between supports and a high level of services.

Hence, the intake of pipes buried under the building, the solar protection elements and the concrete waffle slab pierced to conduct the services became them all objects for the aesthetic expression.