Save
AD Round Up: Norwegian Architecture Part I
Share
Or
Copy

Those who have been lucky enough to visit Norway surely know how beautiful its landscape is. But not only its sorroundings are amazing, they have some pretty amazing architecture. So to finish this week of Round Up, we bring you previously featured Norwegian architecture.

Oslo Opera House / Snohetta The operahouse is the realisation of the winning competion entry. Four diagrams, which were part of the entry, explain the building’s basic concept. Opera and ballet are young artforms in Norway. These artforms evolve in an international setting. The Bjørvika peninsula is part of a harbour city, which is historically the meeting point with the rest of the world (read more…)

Hotel Kirkenes / Sami Rintala Kirkenes is a city of 6000 inhabitants (ca. 9500 in the larger area) in North East Norway next to Russia. Far enough from the political and economical centers, such as capitals, bigger cities, giant business headquarter and cultural institutions, this Barents city has created its own way of international and dynamic interactivity on a grass root level in necessary everyday survival activity like fishing (read more…)

Tautra Monastery / JSA The project is situated on Tautra island in Trondheimsfjorden. It is a new monastery for 18 nuns, complete with a small church and all the facilities needed to make a living, as areas for production and so on. The original programme has been reduced with around 30% by eliminating almost all the corridors in the project. This has been possible by analyzing the way the monastery works (read more…) 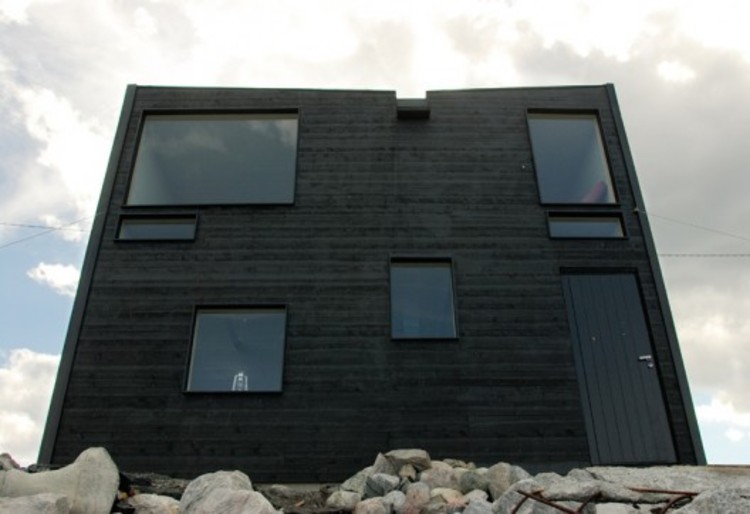 Strandkanten / 70ºN Arkitektur This project is part of a masterplan that looks to develop a reclaimed area of the Tromsø strait. It’s amazing what is being done in Europe in terms of new dwellings. The construction of the rest of the masterplan is currently in progress. Strandkanten is a new housing area just south of the centre of Tromsø, attractively situated on a reclaimed area in the Tromsø strait (read more…)

ArticlesNorwayAD Round Up
Cite: Sebastian Jordana. "AD Round Up: Norwegian Architecture Part I" 26 Jun 2009. ArchDaily. Accessed . <https://www.archdaily.com/26963/ad-round-up-norwegian-architecture-part-i> ISSN 0719-8884
Save