X‐Initiative presents the premiere of Pool Noodle Rooftop by Jeffrey Inaba’s Los Angeles‐based practice, INABA. The rooftop space, which will be used for film screenings and special events, will be open to the public daily during selected visiting hours throughout the summer. Four separate seating areas cluster around a ‘X’ shaped carpet that covers the entire rooftop surface.

The furniture, which is also X‐shaped in plan, has been constructed from pool noodles - the long and cylindrical, foam water flotation toys. The pool noodles have been cut and bunched vertically into chaise lounge and ottoman units of varying heights that accommodate up to 150 people. When viewed from above, the arrangement of buoyant seating material spells out the word, ‘bububluooopppp’ - the sound of something either rising or sinking. 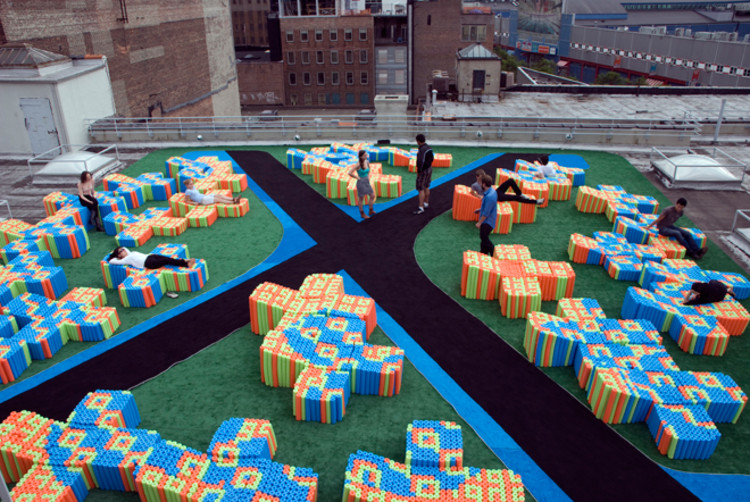 At the end of the summer, the furniture pieces will be donated for reuse to local community organizations.