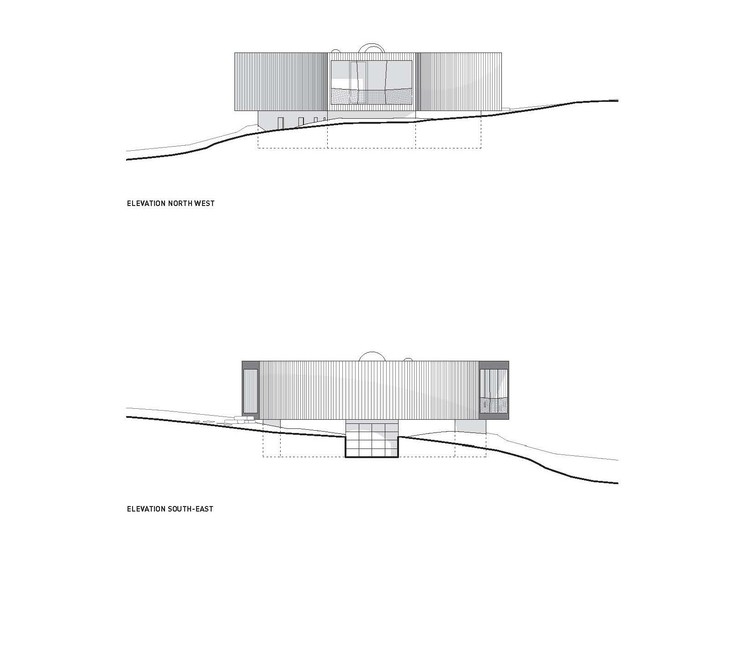 Three years after completion of the main house, the owners of the Tsai Residence approached the HHF team and Ai Weiwei to commission a guesthouse.

The Tsai Residence is a country house built for two art collectors on a forested slope in upstate New York, about two hours by car from Manhattan. The guesthouse brief posited three main elements: a bedroom, a workroom and a gallery for the two collectors’ art. One simple and highly effective gesture – a Y-shaped ground plan – served to link these elements at isolated points and to define the overall appearance of the guesthouse. The small bathroom, kitchenette and walk-in closet – the latter of which conceals the staircase to the basement and garage – consist of compact, freestanding boxes that simultaneously constitute the rear walls of the bedroom and workroom.

In contrast to the galvanized corrugated metal façade of the main house, the guesthouse is a timber structure clad in corrugated corten steel, which rusts over time and so merges unobtrusively with the landscape – particularly in fall, when the foliage of the trees turns into a riot of red and gold. The landscape also plays a major role in the interior design of the guesthouse, for each of the three main rooms offers a different perspective of the extensive grounds: the view is exalted at these points, and thus becomes a part of the house.

The relationship of the Tsai Residence to the guesthouse reflects HHF’s philosophy, namely to use what already exists at a site as a source of inspiration. HHF sees every commission as an opportunity to innovate, and to deliver concrete answers to concrete problems in its signature architectural idiom. 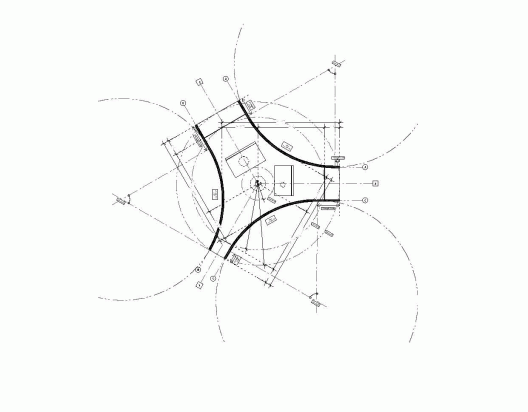