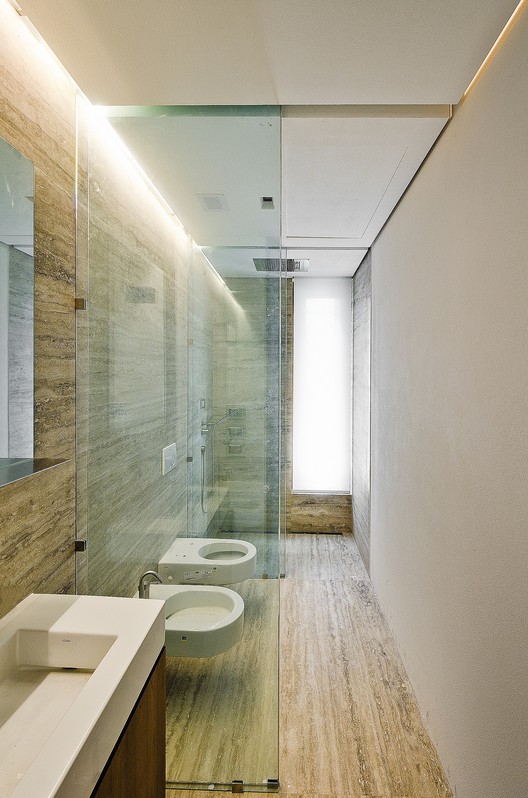 The pinewood of Marina di Castagneto Carducci was born early last century as a result of a process of reclamation of the coastal dune belt. In the late Fifties architect Giancarlo De Carlo draw up an urban development characterized by the large presence of the landscape, in which buildings, surrounded by dunes dotted with pines, oaks and myrtles, with strong character and individuality are connected by paths that follow the free conformation of the landscape.

The consequence of this, but especially because a rapid process of tissue development built since the Sixties, is the heterogeneity of the architectural presence: buildings realized with quality, often characterized by the use of stone walls as an expressive character, with formal features that often do not disdain to look at the best Italian and European experiences of the Fifties, are counterbalanced by buildings of little value, inconsistent in their morphological and decorative devices, often the result of successive transformations and uncertain.

The work presented here was created by the occasion of a renovation of a summer residence built in the Mid-Sixties. The poor architectural quality of the existing building is an opportunity to think about the quality of the landscape in which the building stands on a sand dune, surrounded by pine trees located in singular points, often very close to the walls.

The project outlines a double perspective: on one hand the need to find a synthesis between the nature of the building – although still to be discovered – and the morphological and color values of the place where it is located, the other hand the desire to place the character of the interior in keeping with a trend made of comfort, domesticity, appropriateness. All this applies especially in the modulation of light and views, to the extent and shape of spaces, in the discretion of the materials.

A longitudinal ideal director, through the whole building, allowing you to find a convergence between two significant operational aspects: firstly, the redefinition of the internal space, which translates into a sequence of rooms through closely related to each other and with the landscape surrounding, and secondly the identification of the character of the building in a new morphology, at the same time natural and archetypal, finding in the horizontal sediment a new expressive character.

From these thoughts descend the criterion of remodeling openings in the building: almost all different but built taking into account both the sequence of the interior, the relationship between the room and the external balance, the relationship mass-punching of the building. This is especially evident in the large dining-room window, at the end of successive openings of the same size, framing a view of the dune landscape. The emergence of the archetypal character of the intervention is manifested in the morphology of the new shape, which highlights the double-pitched roof and a certain compact terminals in the two fronts – but mitigating these formal features in the central, predominantly horizontal. The material used for the exterior, a travertine marble, helps to read the morphology of the building as a result of an ideal unit mass made of different sediments, giving further color consonance with the surrounding landscape.

The limited range of materials – travertine marble cladding also present in the interior, plaster, teak wood, used to give continuity to the horizontal planes inside and out – helps to make a presence in the pinewood grove that thrives on a refined ambiguity: while providing a comfortable refuge from the outside world, both within himself introduces the landscape that surrounds it. 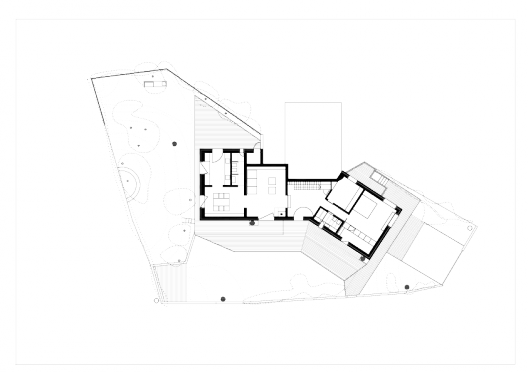