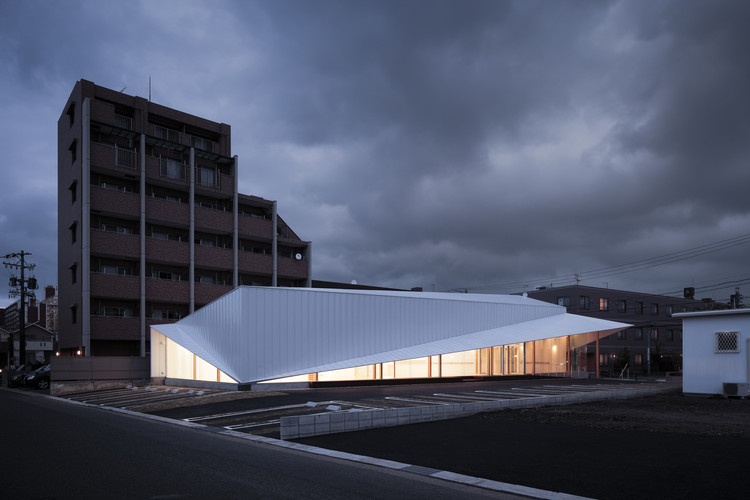 Reinterpretation of typical elements of wooden architecture, folded space. We tried to reinterpret the traditional appearance of wooden architecture, pitched roof and big canopy, under the concept of “folding” referred to “ORIGAMI”- a traditional Japanese paper work. The roof, wall and canopy- the outer elements of architecture- are integrated and considered as a sheet of paper, split off and folded to each direction like “ORIGAMI”. The gesture of “ORIGAMI” brings the gaps and openings to the space underneath, generates the light, flow lines and the functions. The folded skin obscures the architectural articulations and boundaries, integrates the separated functions into one volume. Openness and closeness seamlessly continues, visitors would find themselves in the entirety and separation at the same time, ambiguous space.

Not like the normal experience in a hospital – a collection of piecemeal operations -, we tried to make the experience live, easy and colorful. The rehabilitation studio, waiting space and kid’s play room are moderately integrated into a big single space under the folded roof. The medical examinations are collected in one block as a core of the structure. Instead of partitions, diagonal wall splits the sequence and gradual change of the spatial volume gives characters for each space.

Not only the elements but an interpretation of the wooden structure is also newly introduced. According to the operations of “ORIGAMI”, the folded roof, wall and canopy configure diagonal surfaces and each part works as a combination beam or a wall brace, a structural element. Total planning of the dynamics enabled the long spanned deformed polyhedron by wood. 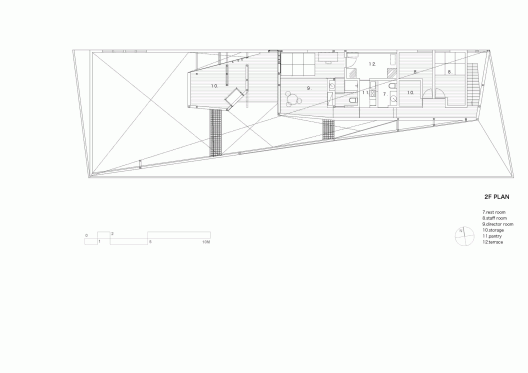