Last November, ArchDaily reported on the new additions to Messe Basel – a multifunctional exhibition building that is designed to become a destination for the public. The project is designed by Basel architecture firm, Herzog & de Meuron and will include additions and relocations of the existing halls of the building. The existing hall will be extended via a three-story addition will replace two existing exhibition halls and include various scales of venues to attract different groups and events. New connections between parts of the building will be bridged with overhead walkways and transparencies between spaces. For a look at the early construction phase, click here.

More updates on the project after the break. 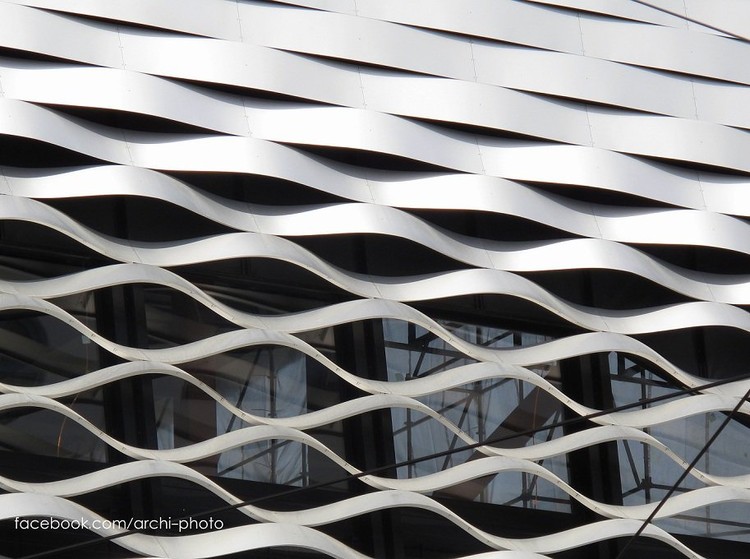 MCH Group, the client for the modernization of Messe Basel, has provided us with an update on the project. By its opening day, Messe Basel will boast 141000 m2 of exhibition area for the community, which will accommodate MCH venues as well as third-party events in an area called “The City Lounge”. The additions are also designed to meet high energy standards with attention to an insulating shell, conservation of energy and photovoltaic cells installed onto a green roof.

Now that the project has entered its second phase, the front building of Hall 1 and Hall 3 will be gutted and these buildings will be dismantled in order to be rebuilt with a steel structure, concrete elements, an interior facade and a new roof. By Fall 2012, the shell of the new building is scheduled to be “watertight”.