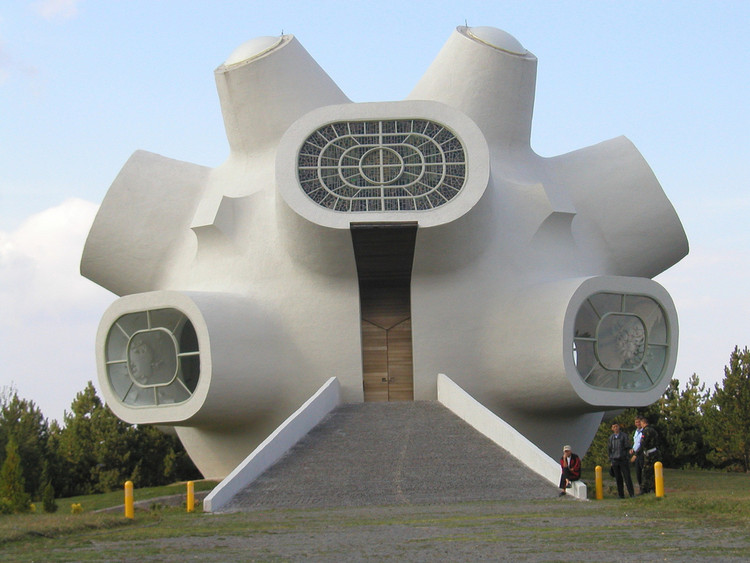 Text description provided by the architects. In honor of the Ilinden Uprising, the uncanny space-age Makedonium monument and memorial complex was resurrected.

Built in 1974 by Jordan Grabulovski and Iskra Grabulovski, the Makedonium is the Macedonian symbol of statehood and modernist expression of freedom.

In 1903, a group of brave Macedonians charged into battle against the Ottoman Empire, sparking a movement that led to the creation of a free Macedonia.

Looking over the town of Krusevo, the Makedonium appears as a heart valve with 10 enormous stained glass skylights erecting out of its circular base.

The visual appearance of the monument complex, which covers 16 hectares, starts with broken chains, continues with a crypt and a colorful mosaic of ceramic material, and ends with the peculiar building. 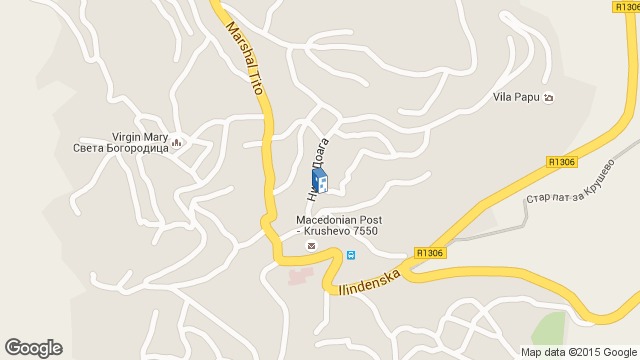 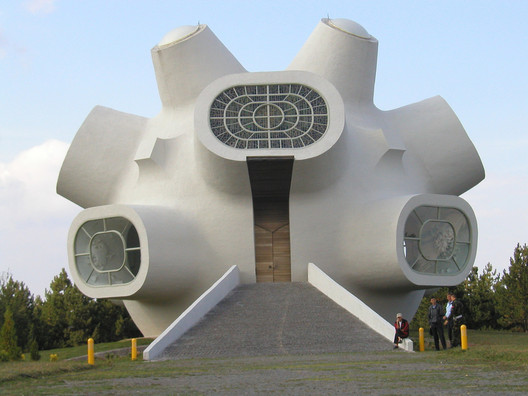