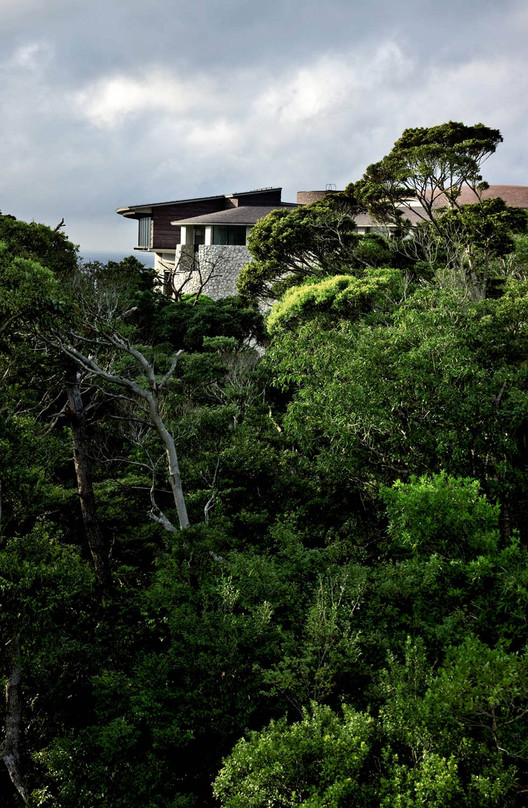 At the turn of the 21st century Minister Koji Omi of Japan’s Ministry of Science and Technology appealed to his Government to improve the country’s position in the world order of scientific research. The number two-rated economy in the world was barely in the top ten in Science and Technology. Minister Omi sought to create a western-style university in Japan that would train young Japanese researchers and disseminate new research and teaching methods throughout the country.

As the Minister in charge of the outlying prefectures, he realized that locating a new graduate research university in Okinawa, Japan’s southernmost prefecture, could provide an economic boost to the island, which was facing major job losses due to pending reductions in the US military presence. In 2002 Prime Minister Junichiro Koizumi pledged his support of the establishment of the new graduate university, and two years later Onna, Okinawa was selected for Okinawa Institute of Science & Technology’s new campus.

A half dozen Nobel Laureates and other scientific luminaries were chosen to serve on OIST’s governing board, and in 2005 Dr. Sydney Brenner, one of the most famous thinkers in biomedical research, was selected as the president of The Okinawa Institute of Science & Technology Promotion Corporation, which was established to prepare the way for an international graduate university. In 2007 Dr. Robert Baughman was chosen to serve as Vice President and Executive Director. Dr. Jonathan Dorfan was appointed President Elect of the OIST Graduate University in 2010, officially taking over as its first president upon accreditation November 1, 2011.

The government’s mission was to create the kind of research environment that would be alluring to anyone in the world working on challenges that are part of the OIST research program. With an initial focus on neurosciences, the plan was to produce a multi-disciplinary facility where the borders between disciplines are removed and physicists, mathematicians, chemists, biologists, engineers and computer scientists work together on the complexities of the brain and the nervous system. Following an international design competition Kornberg Associates and Japanese Architecture and Engineering firms Nikken Sekkei and Kuniken were awarded this important project.

After reviewing the 222 hectare site, the design team selected to locate the 2.3 million ft2 campus along the forested hillside ridges which flank the steep ravines that run down to the beachfront area on the coast of the East China Sea. Nikken Sekkei-Kornberg-Kuniken proposed this site because of its stunning views and because the upper forested portion would allow the science buildings to be immersed in the natural habitat.

Entry to the campus begins at a pedestrian bridge spanning a reclaimed lake. The journey continues on through a 300 foot subterranean gallery leading to four high-speed elevators that rise 100 feet to the research campus center, unveiling ocean and forested canyon vistas. In the morning the gallery displays that day’s classes, seminars and the cafeteria’s menu, and also highlights research projects being published or in the news. In the evening on the return trip to the campus village and central garage, the gallery displays the next day’s information. This sequence concentrates researchers into a common pathway 20 minutes each day. It also substantially reduces paving, parking and vehicular traffic that would otherwise be required to transport staff and visitors up the mountain to the campus each day.

Pedestrian bridges, currently under construction and scheduled for completion in 2012, will span the steep ravines, minimizing the impact of foot traffic on the native terrain and protecting the biologically rich and sensitive areas that serve as diurnal migration routes between ocean and mountains for the native fauna.

Honoring local traditions, OIST is built like a modern version of the traditional island castles which still exist on Okinawa: a stone wall, plaza on top, and buildings surrounding the plaza. Many of the exterior walls are covered with the same local quarried stone that was used on regional castles centuries ago.

The first buildings in phase 1, which include the main administration for OIST, wet labs and computer labs for 200 neuroscientists, central core research support facilities for the entire phase, central shipping and receiving, and the campus security and energy control center, were occupied in March 2010. When complete in 2014 the initial 700,000 ft2 phase will accommodate 500 scientists and include two additional multi-story research buildings, housing to support half of the University’s students and staff, a public auditorium, central garage, a clinic, day care center and a small amount of retail which will serve the University and some of the local community. The entire 2.3 million ft2 campus for 3,000 researchers is planned to be complete in 15 years.

The emphasis on quality, safety, sustainability, flexibility and natural beauty have been successful so far in attracting and supporting an extremely bright and vigorous intellectual community. In their first 2 years OIST has hosted a continuous schedule of international symposia, seminars and speakers to this remote tropical site.