Save
AD Round Up: Museums Part II

Since we started with AD, many interestings museums have been published. That’s why one of our first Round Ups featured our first museums previously featured on AD. Today, we bring you Part II.

Neue National Gallery in Berlin / Mies van der Rohe his building is from 1968, and it´s a jump from the traditional museum idea of a closed building with exhibition rooms, into an open-plan flexible space. The building is 64.8m long, with only 2 steel columns on each side, which free the corners giving the building a lightweight look. A very “Mies” building, with a clear and radical idea put on a very minimal, yet detailed structure (read more…)

The Nelson-Atkins Museum of Art / Steven Holl Architects The expansion of The Nelson Atkins Museum of Art fuses architecture with landscape to create an experiential architecture that unfolds for visitors as it is perceived through each individual’s movement through space and time. The new addition, named the Bloch Building, engages the existing sculpture garden, transforming the entire Museum site into the precinct of the visitor’s experience (read more…)

Extension and renovation of the Ljubljana City Museum / OFIS arhitekti The project involves the renovation and extending of the Auersperg Palace, which is located in the heart of the protected historical city centre. The palace and the plot have a very rich history dating from the prehistoric period to Roman and medieval times. Each era added something to the building. During the course of history the purpose of the palace changed several times (read more…)

Kunsthaus Art House Extension / ssm Architekten The project proposal aims at a holistic view of the Kunsthaus entity, but equally taking its near as well as its extended urban architectural surrounding into consideration. The proposal looks in particular at the fact that the existing Kunsthaus plays an important role on a prime location between the southern train station and the pedestrian path leading from the train station towards the central area (read more…) 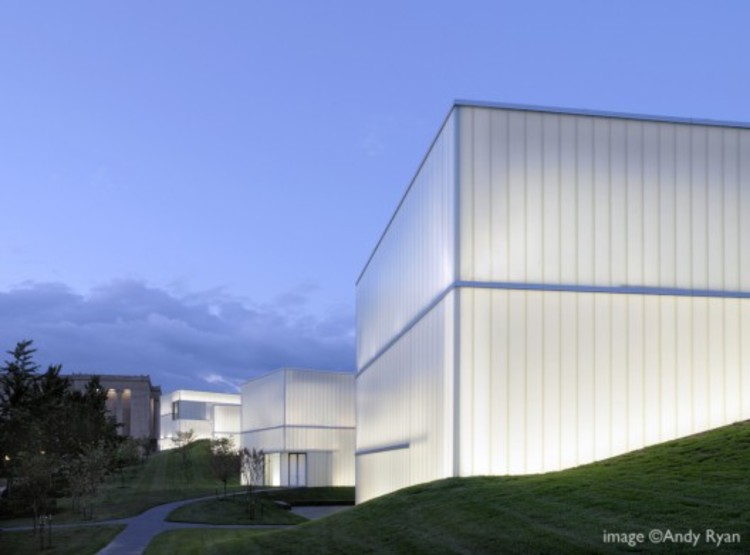 Museum Liaunig / Querkraft The museum liaunig projects out on two sides over steep-sided ground, high up in the landscape. A cut through the hill marks a precise intervention in nature. Planted into the site the new museum emerges more like a work of landart. Only a small part of the outstretched museum building is visible. Cut through the hill, the main body of the museum slices through a densely-wooded, steep-sided embankment (read more…)