Deborah Berke & Partners Architects have released their plans for the expansion and renovation of I.M. Pei’s 1969 Michael C. Rockefeller Arts Center (RAC). Located at Fredonia’s State University College in New York, the visual and performing arts complex has served as a major cultural center for western New York and northwestern Pennsylvania. Continue reading after the break for more. 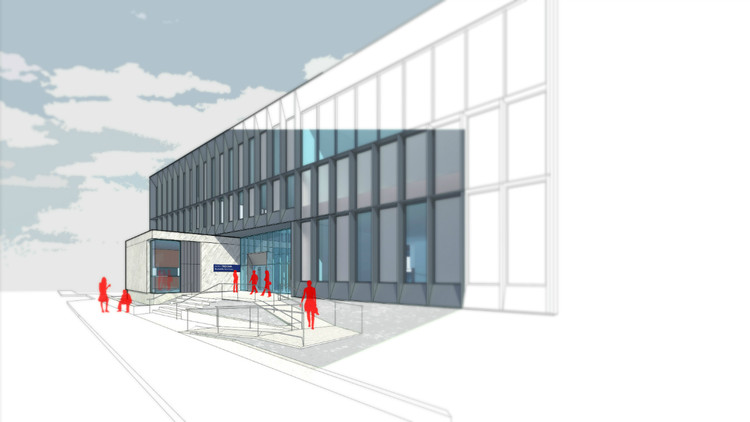 “Our addition is contextual on this campus: unlike the vast concrete forms and repetitive steel-and-glass windows that characterize Pei’s buildings, we designed the addition to invert that language and be more visible as a result. Accordingly, our building is made of repetitive metal-and-glass walls, with delicate concrete appointments that echo the original building. As a result, it will be contextual while indelibly extra-visible.”

The new expansion includes a new public entrance, three dance studios, media labs, and new sculpture and ceramics facilities. Construction is expected to begin in late Spring of 2013 and is scheduled for completion for Fall of 2015.