Save
The Multiplier Effect: How Design (and the Internet) Connects Us
Share
Or
Copy

Stop right there. Before I begin this post with a cliché dictionary definition, I direct you to what’s usually overlooked in these openings: the part of speech.

Without reading the definition, we know. Design is the act that connects the human being to the object outside him: the way in which intentions, thoughts, concepts take form.

On a basic level, design connects human beings through the shared experience of said object – be it functional or purely aesthetic. But it’s not just the object which connects us – it’s the idea that inspired it. On another level, and perhaps at its purest, design connects by inaugurating us into a collaborative spirit of innovation.

The AIA’s latest Design Conference, Design Connects, has invited bloggers to reflect how design connects us in a way that will build a better future. We at ArchDaily, biased as we may be, think we have the answer (it’s in the invitation): the Bloggers.

To read how design and the Internet connect us to thousands of elementary school kids, the sci-fi dsytopias of a NASA scientist, and a poverty-defying advocate looking to change the world - all in 24 hours – keep reading after the break. 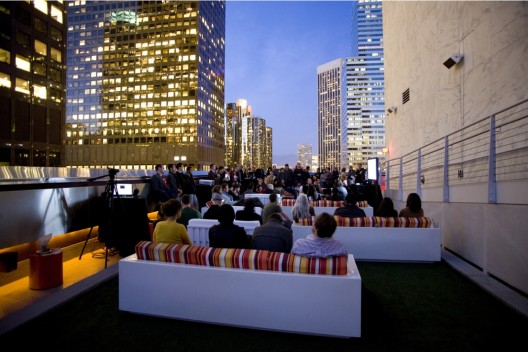 The presentation began with a simple question:

“Who here knows what they’re going to study when they grow up?” A fair share of hands flew into the air. “Doctors? … Lawyers? … Engineers?” Hands a-flailing.

“Ok, and who here wants to do something completely different?” The hands were more hesitant this time, as if to say: “like what?”

In many schools nowadays, imagination is not a valued commodity. Our culture demands security,  dependability, normalcy. If a child professes a desire to study music or design or literature, the response is usually: “What are you going to do with that?”

Of course, times are changing, thanks in great part to the Internet. The founding members of ArchDaily, David Assael and David Basulto, were in this school to tell their story, in many ways the story of the Internet, and to open up these students’ minds to a world of possibility.

When the Davids began, the world of Architecture was dominated by a few powerhouse publications - Architectural Record, Architectural Review, Domus, El croquis (in the Spanish-speaking world) – that determined who was who. If you were on the cover of one of these, you could comfortably say that you had “made” it. And who were these special few? Not too surprisingly: old, white guys. 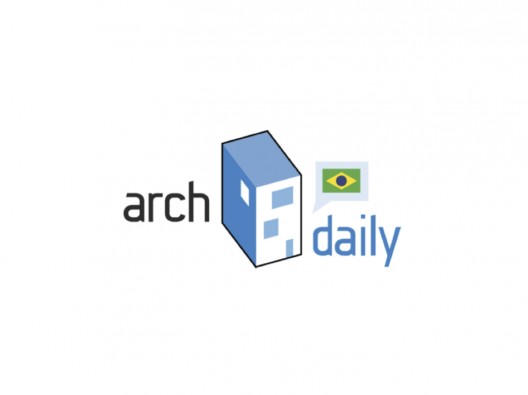 So the Davids started a Web Site that would include designs from all over the world, putting unknowns from emerging countries right alongside the European heavyweights. No investment planning, no capital development, just two young architects sitting down in front of their computers. Go.

And go and go and go – the Site soon took on a life of its own, gaining visitors and influence each day, spinning into other Sites in two other languages. The Davids were flying all over the world, from Harvard University to Mexico City to Saudi Arabia, interviewing young architects and spotlighting their work for readers in every corner of the globe.

Which is why the internet is so important for design. First of all, it’s the medium that makes the spread of ideas that much easier. But more importantly, it strips design innovation of its hierarchy and democratizes the circle of opportunity. It allows us to connect with the object again for the sake of the object, not its status symbol, and connect with each other through the equal transfer of ideas and inspirations.

For the kids, the message was simple. Yes, it’s possible. Just dream big. 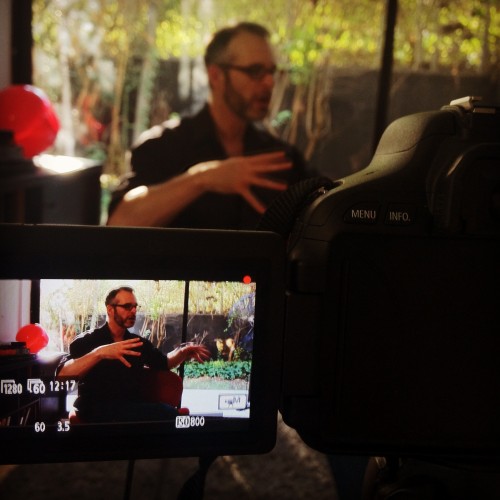 A Designer of Life

Back in the office, just a few hours later, and the roles reversed: from inspiring presenters to captivated audience members. Our ears were perked to the words of an entirely different kind of designer: a designer of life.

Andrew Hessel, leader in the field of synthetic biology (the design of life through the use of information technology), self-professed Global Nomad, and the co-chair of the Biotechnology and Bioinformatics Program at Singularity University in Sillicon Valley, was the latest “architect” in the hot seat for our AD Interviews series.

While Andrew spends his days evangelizing the future of genetic engineering and designing viruses with the potential to cure cancer, he is fascinated by the ways in which humans design their environment – and how biotechnology will fundamentally change the ways we construct and interact with the natural world:

“We don’t live in nature any more – we put boxes around it. But now we can actually engineer nature to sustain our needs. All we have to do is design the code and it will self-create. Our visions today – if we can encapsulate them in a seed – One day, who knows, maybe we’ll plant a seed and grow a sky scraper, that has all the nutrients it needs to stay warm, to literally react to our environment, maybe even keep an eye on us, protect us, nurture us. It’s just all in the design.”

But how we do we connect this potentially world-changing re-conceptualization of design to the people responsible for building it?

We use the power of technology. We publish this interview on the Internet. We connect the ideas to the makers.

After the interview with Mr. Hessel, we began to talk to his friend, Julián Ugarte, Director of the TechoLab, an online platform and community that challenges its members to come up with world-changing ideas (for which they are monetarily rewarded). Ugarte has already implemented life-changing technologies in impoverished communities (including a Plasma Water Sanitation system that – constructed using materials from your basic Home Supply Store – purifies and transfers water), and is hoping to one day turn Andrew’s vision into reality.

The premise behind TechoLab, is similar to that of WorldChanging, Architecture for Humanity’s “online, open-source community dedicated to improving living conditions through innovative and sustainable design.” And to the 2012 TED Prize winner,The City 2.0. For the first time ever, TED chose (not a person) but a concept, an online platform where users can connect to re-imagine and create the city of the future:

“Begin by connecting. Imagine a platform that brings you together, locally and globally. Combine the reach of the cloud with the power of the crowd. Connect leaders, experts, companies, organizations and citizens. Share your tools, data, designs, successes, and ideas. Turn them into action.”

To design a better future, all we need is the forum to further connections and encourage the democratic transfer of ideas (across disciplines). And the fact that this seems to be happening organically shouldn’t seem so strange. After all, as Andrew told us:

“Life starts as a single cell. That’s fine, a bacterium is a single cell and it lives just fine. But it learned that if you network, if you connect a bunch of cells together then you can do something even more powerful, you can become a tissue, you can become a multicellular organism. When you network you end up getting this multiplier effect: you become greater than the sum of the parts.”

As designers, bloggers, scientists, advocates, individuals – we are all single-celled organisms buzzing around this universe and attempting to design and redesign it as best we know how. But we are connected – by the exchange of the ideas, by the Internet, by the belief that design will help us build a better world.

And its those connections that make us greater than the sum of our parts.