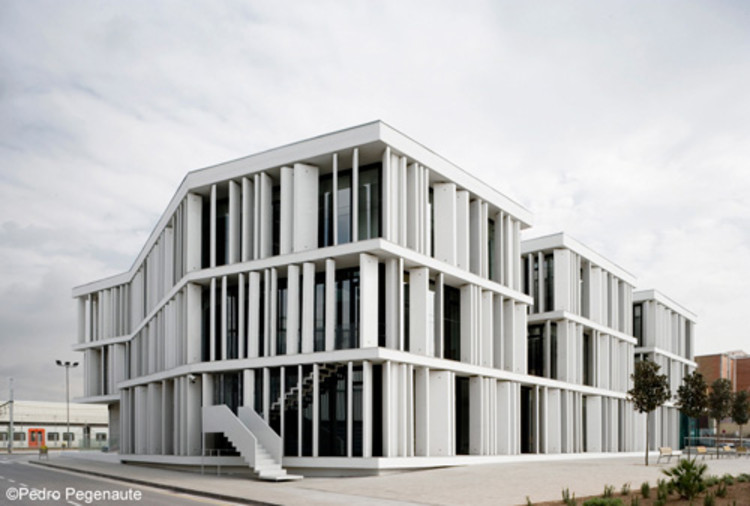 The building is centered around three vertical bars separated by three courtyards on a plinth. Large skylights illuminate the ground-floor entrance hall. This hall acts as a focus point for all public areas and their vertical nuclei.

The hearing rooms and the upper bars, one per room, of the judicial offices are situated on the plinth.

Four areas in each corner allow access and communication for the public, judges, court workers etc.

The civil registry office opens out onto the rear street, emphasising the important role it plays in the facade as a whole and the surrounding public area.

The concrete sheets are placed at different distances and inclinations, giving a certain dynamic feel (a court should appear agile and alive) to the building, while at the same time orienting and framing the visual impact.

As a result, the image of the facades gradually changes depending on where you look at the building from: in perspective the building is opaque and solid, but as you get closer, it appears light and transparent, just as the justice system should be for the general public.

The use of coloured glass in some parts of the building identifies some uses and favours the changing image of the square.

On the rear facade, sun will filter through the courtyards, illuminating the concrete sheets from inside.

The court building will be the focal point of a new-build square housing several public buildings. The site clearly faces the square as the railway line to the rear cuts off any pedestrian communication.

The square is connected to the centre of the old town by a boulevard, so the court building needs to be seen as an imposing landmark which balances out the town hall square. Hence the waiting area of the courtroom (the most representative space) overlooks the square.

The exterior structure, very simple, based on the image of bars across a base, is intentionally distorted with the application of an uninterrupted façade - making the building uniform - with a markedly vertical component resulting in a monumental appearance and granting the character it deserves. This verticality is achieved through large white concrete panels, which filter vision from outside and maximise transparency from inside. 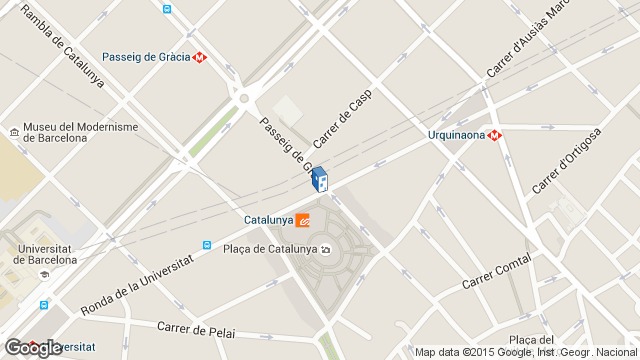 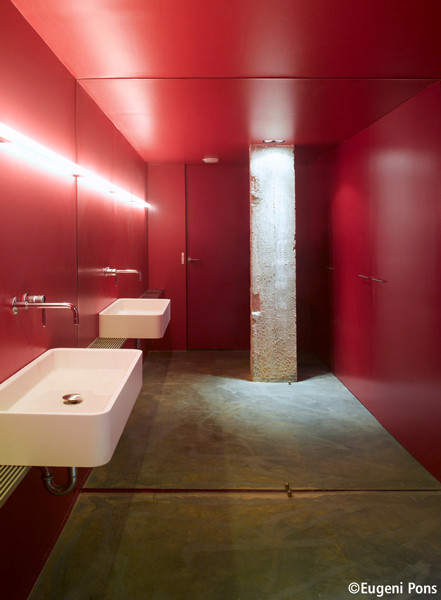 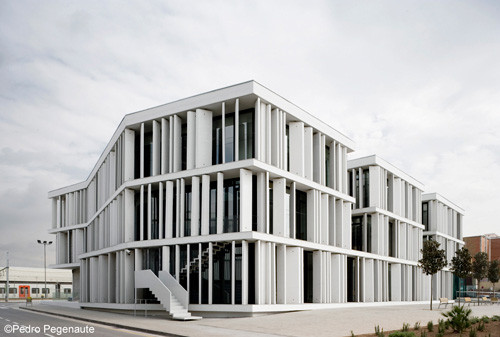