Cities are ever-evolving and ever-transforming, constantly being regenerated – demolished and salvaged to start anew. Houston, Texas’s first reservoir, built in 1927 near Buffalo Bayou Park, is no exception. This is another one of those exceptional neglected spaces within a developed city that holds the potential to be transformed into “landscape infrastructure”, as referred to by Kevin Shanley, CEO of SWA Group, the Landscape Architecture firm working on the park’s current 2.3-mile upgrade from Shepherd-to-Sabine, an extension to the Sabine-to-Bagby stretch.

The story of the relationship between the re-discovered reservoir and Buffalo Bayou Park’s development is very exciting and promising. Lisa Gray of Chron writes about the state of the reservoir today and the possibilities for its future. Continue reading for more. 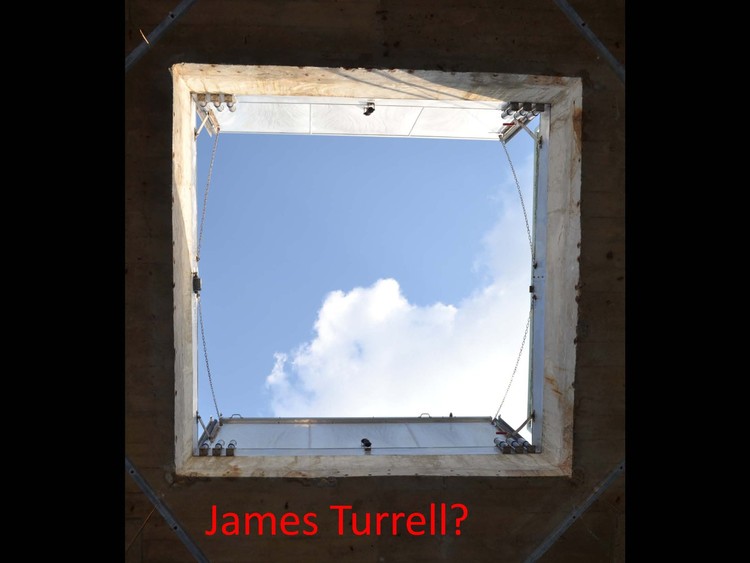 The Buffalo Bayou Partnership, the organization working to support and upgrade the park, never anticipated that an abandoned underground reservoir could be much more than a dilapidated piece of infrastructure. According to Gray, they had actually planned on converting into a mulch storage or a parking lot – programs that could benefit from being hidden underground. But when BBP acquired the land and went down to explore the abandoned space, they discovered a cavernous space filled with slender columns evoking, what Shanley called, a Roman “cistern”.

It became clear that this space could not stay hidden, could not be developed into a parking lot or storage area.  It would have to be integrated into the existing park and accessible to visitors of the park.  In a conversation with Lisa Gray, Shanley says  ”It’s a cathedral of light and sound. Can you imagine the right concert in here? Or art or sound installations? Different lights could change the look completely. Sometimes you might have water on the floor, but sometimes not.”

This part of the project has numerous possibilities that could transform the space.  While touring the “cistern”, the group imagines their options and brainstorms possible collaborations involving James Turrell, visual artists and architecture students from Rice and UH.  While ideas for this aspect of the project simmer, Shepherd-to-Sabine is on its way to begin construction.

The Shepherd-to-Sabine section of the park was announced on December 20th.  The improvements to this section will transform a former “trash-strewn forgotten waterway” into landscape infrastructure.  As part of the proposals for an upgraded park, it will also feature storm-efficient design to maximize storm capacity to protect Houston against flooding.  Hurricane Ike in 2008 was a good gauge of the efficiency of this system.  Buffalo Bayou Promenade was protected by the flooding, while many Houston neighborhoods suffered.

Shanley credits the dual use of this park for making the project possible.  It combines “city services – waterways, storm conveyance, highways, utility corridors — and also create public amenities and parkspace, what we call ‘Landscape Infrastructure.’”  The critical need for flood control is inherent in the design for green spaces that can facilitate the storm-sewer system by absorbing excess water better than concrete or asphalt.  Shanley warns, “In city after city in recent decades, public flood-control authorities have been raising alarms about increased risk as paved-over land shunted all rain water into the storm sewer. Most infill developers converting the last acres of undeveloped land would rather push every drop of rain off their buildings and off their property. But with a billion raindrops here, a billion there, pretty soon a storm system is overwhelmed.”

As solutions and proposals for the redevelopment of Buffalo Bayou Park were coming in, the Harris County Flood Control District joined in the discussions, making it clear that any proposals would have to, at least in some capacity, help maintain and alleviate flooding issues in Houston.  This provided additional funding for the project from parks as well as the Texas Department of Transportation, and donations from private-sector downtown businesses.

The $55 million renovation will include a restoration of natural landscapes, upgraded or new trails for walkers and hikers, two pedestrian bridges, an extension of the distinctive blue lunar cycle lighting, new destination features such as Water Music Place adjacent to the Lee and Joe Jamail Skatepark, Lost Lake near Dunlavy and Allen Parkway, a dog park near Studemont and Allen Parkway; and modifications to a portion of Eleanor Tinsley Park, and supporting street furniture.  The park will be under construction, but will remain open, between mid-2012 and mid-2015.

Read original article by Lisa Gray at the Chron, “Buffalo Bayou’s Dark Secret”. And view more pictures of the reservoir via the Buffalo Bayou Partnership.