Save
Ingredients of Reality: The Dismantling of New York City / Lan Tuazon at Storefront for Art and Architecture
Share
Or
Copy

The Storefront for Art and Architecture at 97 Kenmare Street in NYC will be exhibiting two new projects from Lan Tuazon, an artist living and working in New York City. Ingredients of Reality: the Dismantling of New York City will present sculptures, drawings and prints that assess the physical environment and all that it represents in terms of history, law and class structures. The works on display will include Architectures of Defense and New York City Bar Graph. The opening reception for this exhibit is will be today, February 28 at 7pm. The exhibit will run through April 7th, 2012.

To read more about Lan Tuazon’s work, follow us after the break. 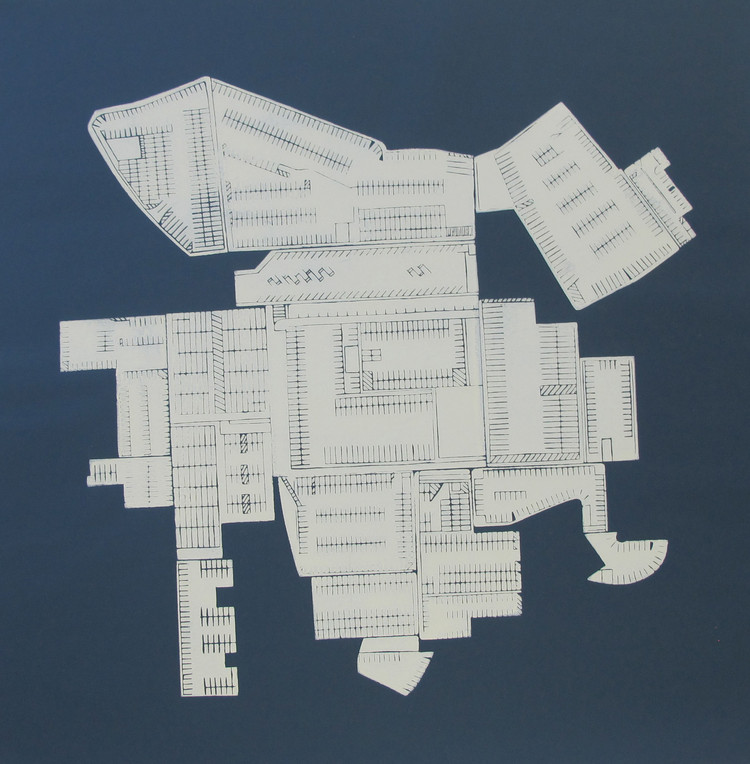 In this exhibit,  Tuazon will reveal a new version of Architecture of Defense.  She shared with us a photograph of the older version – a life-size sculpture resembling a skyscraper is made with “concentric and cascading layers of wrought iron fences that demonstrate ornaments of power and property” using metal, vinyl, and wood fencing. It is composed entirely of architectural fragments that facilitate spatial demarcation.  These different components are not mute; they speak to a hierarchy of values placed by politics, power and our economic culture; and more importantly, it speaks to the distinctions of private and public space within our culture.  We inevitably read the differences in status, delivering Tuazon’s thesis in this piece: that our values and rights “are written on the physical environment”.  New York City Bar Graph takes material from 484 skyscraper models, featuring 9 functions: civic, corporate, hotel, luxury residence, public housing & utilities, media, office, and world banks. The model is a taxonomy of NYC’s architecture arranged in bar graph shelves.  It expresses the priorities that New York City’s architecture reveals about its own values, its government, its building industry and the orders of power.

Tuazon’s previous work, Parking Lot Landscape touches on the issue of hardscape surfaces throughout New York City and the vacancy that they create in the city fabric.  Composed of parking lots that exist in New York, Tuazon composes a topological landscape that rearranges the vacant lots into various arrangements.  In her description of the work, Tuazon says, “The difference in the amount of parks to parking lots leads more and more people to re-inscribed public space for private use. Having daytime use as a temporary car park, the parking lot often achieves the definition of heterotopia by night. Nocturnal activities like tailgate parties occupy and hijack the functionality of space, achieving what most architects dream of – a public space that can contain the habits and desires of its public.”  She defines spaces by the social activities that create them, and more importantly, by the values of the people that occupy them.  Perception of inaccessibility will lead to inaccessibility.  This piece is accompanied by Parking Lot Landscape which is three-dimensional representation of the land used for parking lots in New York City.  Army Park is an ink drawing of a public park proposal that brings together statues of heroes on horseback that exist throughout Manhattan, uniting the figures into a singular army placed in front of and charging towards the Downtown Civic Center.