Text description provided by the architects. The building is composed of two wings that hold the two main directrix of the plot. That makes the L shape plan face south, towards the wide spaces that limit Ranillas Avenue, counting on views of the river and the north façade of the city core. The building contributes to finish an unfinished part of the city.

The building’s position in the plot established by the urban plan allows the creation of a wide open space, partially landscaped, that will make possible both a grateful use during the Expo and after it as a building of private flats. These open spaces adjust the relationship of the building with the adjoining streets.

The starting point has been to make a general shape nine floors high that emphasize the ensemble’s horizontality, according to the crossroad in which the building is constructed. Within this shape a work on the profile has been done making two cuts in the last four floors both in the vertex of the plan and in the east end. The central cut articulates the joining between the wings while the east end’s lower height allows for a graduating of the relationship with the street and the neighbour Health Centre.

The shaping of the building comes from the relationship between the overall layout and the constructive system that defines the encircling made up of walls clad with long grey metallic ceramics panels that define a background on which longitudinal cantilever slabs have been made, provided with sliding aluminium louvres panels that make up double façades, behind which glass rails have been placed. 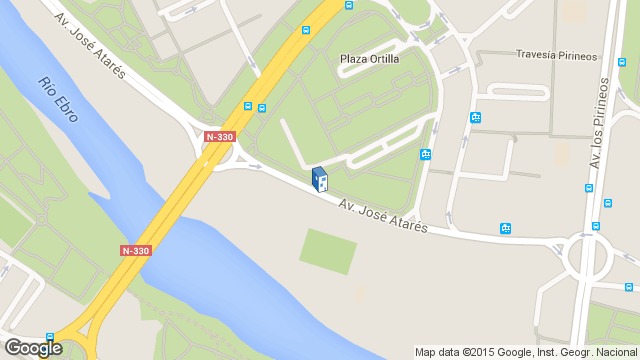 Location to be used only as a reference. It could indicate city/country but not exact address.
Share
Or
Copy
About this office
Basilio Tobías
Office
•••