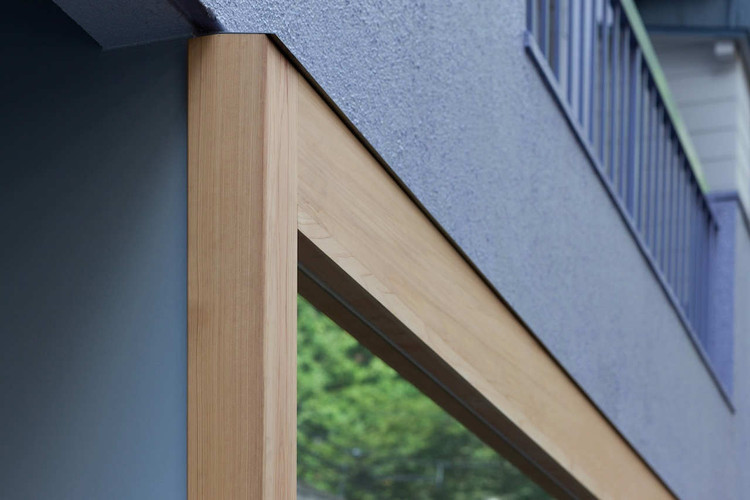 “Connection” – Diversity of the details which form many symmetrical layers you see though the torii, the archway of the Shinto shrine. You will be surrounded by the eternal sacredness and beautifully fresh air. The hair salon is located along the approach to the small shrine called Tetori Shrine. “tetorigarden” was named after it. “Danpatsu”, the act of the haircut used to be concerned to be very sacred in Japan. Torii, the archway of Tetori Shrine and the huge window of the hair salon with the frame of hinoki cypress. They stand along the same approach to the shrine as they face each other. They both seem to be the frames cutting the space inside and showing it in close-up as well as “Kekkai” the spiritual barriers. With the counterpart of the shrine, we wanted to create the mental and spatial connection between the sacred and creative daily work of two places along the same approach.