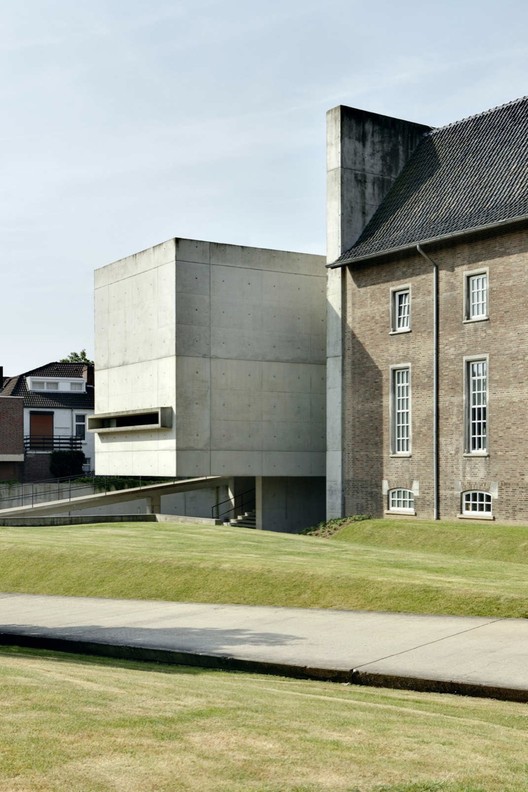 Text description provided by the architects. The AZL Pension Fund Headquarters is an extension to an existing office building dating from the 1940s, in the center of Heerlen, the Netherlands. The existing structure was retained–against original desires–for its historic and cultural significance, largely owed to the region’s flourishing late 19th century coal mining industry. The restoration and addition makes use of a stark and restrained material palette, relying on concrete, black steel and black Birchwood.

The site of the new building connects two different streets and therefore has two different means of access. The new program called for 230 workplaces, 23 private offices and a variety of open-plan and group areas, a conference room, café, car park and garden. The conceptual theme that governed the project’s development was the idea of ‘inserting’ or ‘grafting’, the later being a key component of the firm’s activities, becoming the direct conceptual route into the project’s complex program and site conditions. In effect, the new building components were literally inserted into the existing site situation. Perpendicular extensions were attached to the rear side of the buildings, and ‘plugged’ into the existing units. Conversely, the site’s automobile traffic pattern is a reversal of this concept; removed from the street and lowered below grade.

The major additions are housed in the elongated volume, consisting of thin slab volumes clad in concrete and stainless steel. These volumes hang upon one another, and above a large lineal space carved from the ground. This floating effect provides a perception of weightlessness, at the same time doubling as an energy saving double-membrane. The hewn ground extends into the space between the two existing buildings, combining the former site condition with the newly created one. The carved volumes work as a geometry-adjusting device, accommodating the entire complex to the subtle-misalignment of the streets that define the site of the AZL Pension Fund Headquarters. 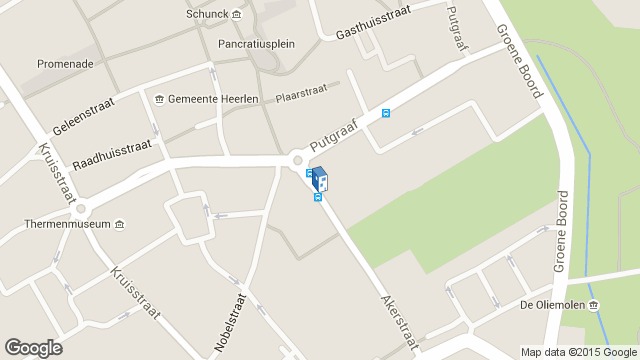