Save
The Tallest 20 in 2020: Entering the Era of the Megatall by CTBUH
Share
Or
Copy

The Council on Tall Buildings and Urban Habitat recently published The Tallest 20 in 2020: Entering the Era of the Megatall. Within this decade, the World’s first kilometer-tall building will be constructed, along with many other buildings over 600-meters tall. “The term “supertall” (which refers to a building over 300 meters) is thus no longer adequate to describe these buildings: we are entering the era of the “megatall.” 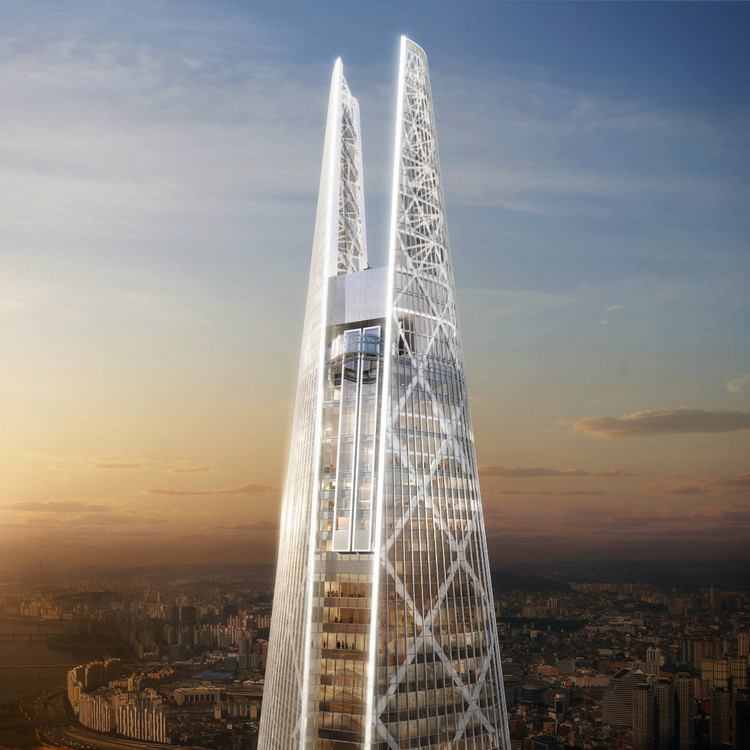 At the start of the 21st century, the 452-meter high Petronas Tower held the title of “The World’s Tallest”. As the decade ended, the Burj Khalifa took ownership of the title standing “over half a mile” high at 828-meters. Now, construction set to begin this month for Jeddah’s 1,000+ meter Kingdom Tower, doubling the height of “The World’s Tallest” in only two decades. It seems that “600m seems to be the new 300m”.

Check out this skyline diagram illustrating the growing trend of each decade. At the end of 2011, there were only 61 buildings over 300 meters.

China’s Shenzhen’s Ping An Finance Center is scheduled for completion in 2015. The 660-meter tall building will become the tallest in the country, offering over 300,000 m2 of office space.

Standing at 632-meters, the mixed-use Shanghai Tower will join a supertall cluster in the city’s Pudong area. The project began construction in 2009 and will be completed in 2014.

The three megatall buildings planned in Korea will all be located in Seoul. The tallest, measuring at 640-meters, is the Seoul Light DMC Tower on the western edge of the city overlooking Han River.

Also currently under construction is the 555-meter, supertall Lotte World Tower, set for completion in 2015. Two other structures, the 620-meter Triple One and the 540-meter Hyundai Global Business Center, have yet to receive planning permission and therefore were not included in this study, proving this list of supertall is quickly expanding.

Towering above Indonesia’s current tallest tower, the Wisma 46 at 262 meters, is The Signature Tower Jakarta that will rise to 638-meters.

Located near the old WTC buildings, One World Trade Center Tower in New York City is set to be the tallest building in the western hemisphere in 2013 at the height of 541-meters.

The CTBUH article concludes asking, “The question for humanity is thus no longer “how high can we build?” but “how high should we build?” Both the benefits and consequences must be considered, as energy implications have us questioning this new building typology.

“Just as we pushed the structural boundaries of height, we must now continue to push the boundaries of environmental engineering in order to progress the tall typology. For, as skyscrapers continue to multiply, their effect on our cities – visually, urbanistically, and environmentally – continues to increase exponentially.”

Special thanks to CTBUH for sharing this information with us. Follow this link to view the original article.