Save
In Progress: Mediterraneo House / Manuel Ocaña
Share
Or
Copy 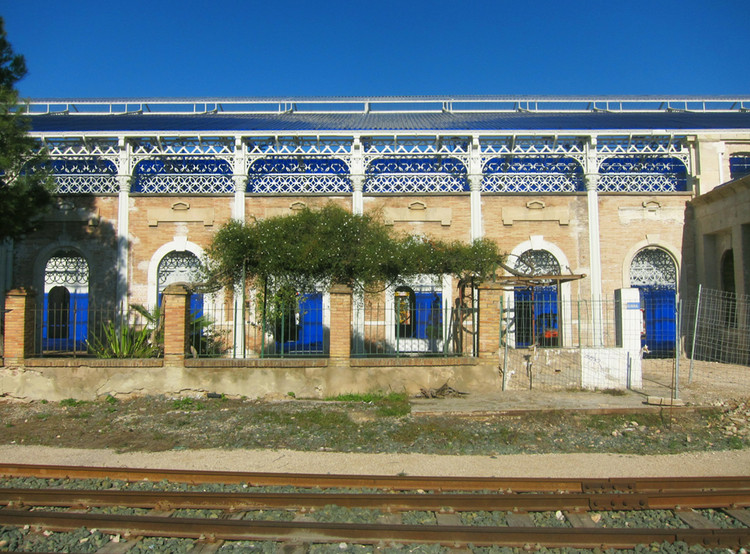 Casa Mediterráneo is an institution born to cater for public diplomacy. Its main aim is to foster the common identity of the Mediterranean cultures.

Its new headquarters are to be established in the old Benalúa railway station. The new institution needs spaces in order to host events, exhibitions, concerts, projections and all kinds of parties.

The most valuable element of the old building is the awesome space above the railway tracks: a 20 m. span covered by slender iron work almost imposible to achieve nowadays.

The project focuses on the sophistication of that simple, linear space for trains and thus on turning it into an experience space for people. A space intended to be blue, liquid, central, excited, changing, consecutive, zenithal, cabriolet, tinted, rhytmic, indivisible, programmable, thermodynamic and profitable.

The most experimental uses or activities are to be developed in and between two volumes that are lightweight, translucent and faced. These volumes enclose and help to centralize that main space of multiple properties allowing for simultaneity of different events.

The Costa Blanca sunlight is going to be tinted blue in the inner space by means of the colour and translucent effects of the roof boards, and tinted orange in the interior of the auditorium at sunset. This sunlight will also excite the facing of the space and the volumes with the help of colossal blades in rotational movement, its motorized and textile covering and with the moving-shade provided by lattice work of aluminium rings, which also pacifies the encounter between the old walls and the new volumes.

In the blue space the air is not climatized. People are climatized. How? By means of gigantic ceiling fans, the well-known chimeney effect, the cabriolet covering and the possibility of activating a fun, cool, and artificial fogsystem.