Save
In Progress: Arena Castelão / VIGLIECCA&amp;ASSOC
Share
Or
Copy 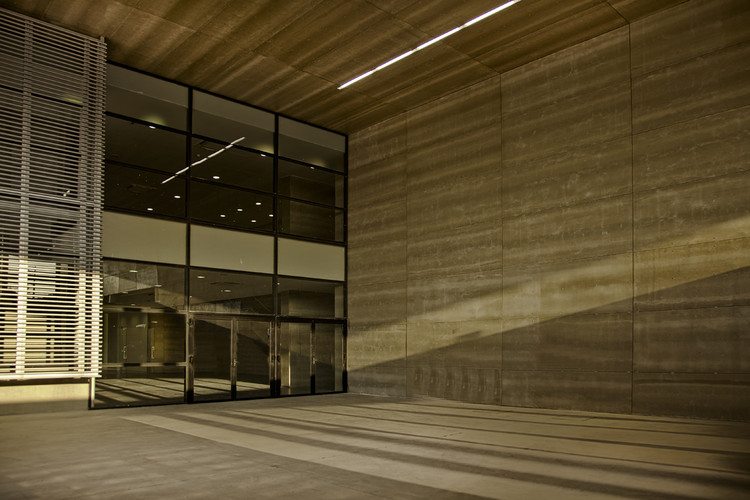 The Fares Cândido Lopes new building, the headquarters of Ceará Department of Sports and the Architecture and Engineering Department, is part of the first phase of the Castelão Arena project. The complex, located in Fortaleza – State of Ceará, represents the northeast of the country as one of the host cities that will receive the 2014 FIFA World Cup Brazil™. Recently the stadium was also selected to host the FIFA Confederations Cup Brazil 2013™, being highlighted by the speed of its construction.

The original stadium is going under a modernization refurbishment, extension and is being adapted to the FIFA standards. For this purpose it will receive several new structures, as a new roof, new VIP cabins, new press boxes and the complete refurbishment of toilet and services facilities. Another important demand is the parking garage that in this first phase will have around 600 covered parking spots. In order to confront these issues and all the other program requirements, the solution is configured as a striking project action.

The basic idea is the incorporation of the local geography in the new building conception. A large platform extends on a single level, showing the sloping ground that goes from the stadium limits to the edges of the site. This public square of urban scale takes shape as a preamble to the stadium and creates underneath itself a huge covered and opened space.

Most part of this space is used as a parking garage and its other portion, divided in two floors, is transformed in the new institutional building. The construction gives the necessary finishing to the whole complex, creating an urban front to the structure of the basement part, which sustains and gives prominence to the new stadium volume.

In its sharp angular corner, an absence is present and defines the access atrium, which can also be understood as a covered square. From this point the user is led to the building interior, from where it is possible to follow up to the working areas or go to the foyer and the auditorium. In the groundfloor a restaurant with independent access is also provided.

The shift between the two floors is made by two stairs and one lift, complemented by two other protected stairs. Next to the stairs there are two toilets sets that give shape to the services blocks and provide the necessary support to the offices area.

Caring for the thermal and visual balance, the large glass façade is set back in relation to the edge of the higher square and it is provided with a curtain of metal louvers that controls the entry of natural light, while characterizes the outside part of the building. This structure is complemented by an opened courtyard of generous proportions. Making a composition with the other holes designed in the square, the void is filled by native vegetation and is the interfaces between the working spaces and the parking garage, articulating the rooms and defining the boundaries of the building.

As a result of a careful planning of project phase and building work, the entire building has been in operation since last September, housing about 600 employees of the two Departments and allowing the interventions in the stadium to continue under work.