Jorge Louis Borges says, “The taste of the apple lies in the contact of the fruit with the palate, in the fruit itself, in a similar way poetry lies in the meaning of the poem and the reader, not in the lines of symbols printed on the pages of a book. What is essential is the aesthetic act, the thrill, the almost physical emotion that comes with each reading.”

Ferran Adria, the master chef of elBulli, which has religiously been called the Best Restaurant in the World, has a heideggerian approach to food, cooking, and the physical act of eating. Similar to that as architects with the same heideggerian approach and the concepts of material, making, and the experiencing of space. Like Jorge Louis Borges and heideggerian architects, Ferran Adria crosses the realm of cooking and enters the presence of wholeness of experience. Transforming the traditional means of eating and elevating them to a memorable moment where memory, experience and taste meet. 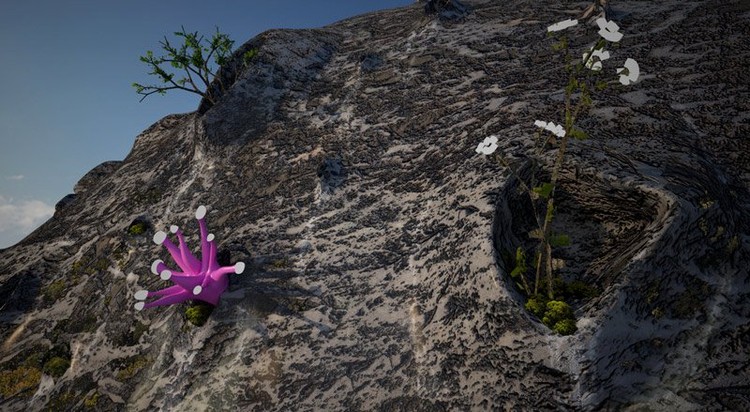 elBulli was a restaurant owned and operated by Ferran Adria, a Catalan born chef. elBulli is famous around the world for its avant-garde cuisine, its use of molecular gastronomy and every year having a high-demand of about 2,000,000 reservations with about only 8,000 of them actually getting a sit-down at the restaurant. Sadly, as of July 30th of this year elBulli closed its reservation book for the last time after about 50 years of being open.

The new chapter in the life of elBulli will begin in 2014, re-openning its doors not at a restaurant but rather as a forward and avant-garde thinking research and culinary foundation.

To gain a better understanding as to where elBulli is planning on going it is best to better understand where it came from. elBulli as stated above is owned and operated by Catalan born chef Ferran Adria, who at the age of 22 started in the kitchen as a line cook but only 18 months later would become the head chef. elBulli is located at Cala Montjoi, a beautiful and secluded bay near the town of Roses in the province of Girona, northern Spain, a few hours from barcelona and not that far from Perpignan.

The restaurant was also notoriously known for only being open for six months of each year, between April and September. Doing this since years ago when the restaurant first opened, it was during this time that most visitors came to Cala Montjoi on their summer holidays. But since 1987 the only way to carry out all the work needed to create the menu has been to open for six months during the summer, and to spend the rest of the year in the workshop in Barcelona developing dishes for the next season. It is for this level of rigor that also only allows them to offer one service per day, offering a complex arrangement of over 30 courses and 4 hours during their dinner service.

elBulli has been awarded four Michelin Stars, the highest honor a restaurant can garner, since its opening, although having one removed when Ferran Adria became head chef, as per Michelin Star regulations. The restaurant operated about 160 days a year, serving about 50 people per day for a total of about 8,000 annual diners who get to experience the magic of elBulli.

There are between sixty and seventy people working at elBulli, depending on the time of year, making it so that on average there are more staff than there are guests. The chefs usually work twelve-hour shifts, and those who take part in the morning creative sessions, in which the new dishes are developed, start about three hours earlier. The front of house team works for about ten hours a day.

Rather than choosing dishes from a menu, each guest is served a tasting menu between twenty-eight and thirty-five dishes, comprising cocktails, snacks, tapas-dishes, avant-desserts, and morphings. The morphings being an elBulli invention that replace petits fours at the end of the meal. A dinner at elBulli while priceless in the sense of the event would cost you about 250 euros or $335 u.s.

To further compare the level of rigor with Ferran Adria and that of great architectural practice, listed below are the stages of developing a dish at elBulli:

In the past, critics have commented that elbulli does not value the quality and purity of natural ingredients, that products undergo too many process and are transformed into different textures and preparations in a way that ignores or overlooks their intrinsic qualities. This is not, in fact, the restaurant’s philosophy. A useful starting point for the creation of a new dish is a detailed and careful study of each product, during which all its qualities are considered, including its shape, texture, proportion, flavor, density, response to different cooking techniques and so on. All these qualities make up a product’s full profile, personality or ‘gene’, as it termed at elBulli, and the investigation seeks to accentuate and intensify this gene. Understanding it means that the team can get the best out of the product and allow it to express its natural qualities fully.

An example of this process is the examination that was made on mango. The team discovered that its flavor, perfectly balanced between acidity and sweetness, and reminiscent of peach, banana and passion fruit, means that it combines well with other ingredients. The skin has a resinous flavor of its own, which can be added to the pureed flesh. Because of the mango’s size, the flesh can be cut in several different ways, and it does not go brown. When it is thinly sliced with a mandolin, its texture resembles that of pasta cooked al dente, which led to the development of new ravioli dishes in which sliced fruits and vegetables are used in place of pasta.

A dish is a conversation between the chef and the guest (similar to Peter Zumthor’s views on the dialogue between space, materials and the person experiencing that space), and the knowledge and experience of the chef, waiter and guest all inform the part they will play in a meal. The distance between the chef at the kitchen workbench and the guest at the dining room table can be reduced by care and attention of the waiter, who performs a pivotal role by helping the guests adapt to the rhythm of the kitchen and maximize their experience of the food. The participants bring to the experience their own values, expertise and sensory perceptions, and these can be broadly categorized as follows:

The ability to perceive taste and flavors

Experience in other fields

Creates a warm atmosphere during dinner

Conveys the philosophy behind the food

Serves the food to the table

Guest : Receptor (The Experience and Individual)

The sixth sense (ability to enjoy cooking with the intellect), which can be stimulated in these ways

With the closing of elBulli and the formation of elBulli Foundation comes the freedom and liberty to create. This being one of the main reasons for the closing of the restaurant aspect of elBulli and instead continuing with the research and discovery aspect of what it very much still is. The fact they they no longer will serve food does not mean that they are abbandoning what they do instead they are focusing full-time into the devotion and love that they shared with the few guests that had the privilegde of dining at elBulli.

Through this new exploration into the realm of focused and centered discovery they too will be transforming their home at elBulli. elBulli is located in the Cap De Creus Natural Park and through their new transformation will focus on protecting, conserving and increasing the biodiversity of where they are located. As Ferran Adria says, Cap De Creus is a true paradise and elBulli is lucky enough to call it home. For this reason the elBulli Foundation will be a pilot project for the Natural Parks in Spain.

The now transformed restaurant into a foundation will be built on a landscape turned into data clouds, where information, knowledge and creativity will be what makes up elBulli Foundation, making it a cloud of information. The Spanish systems professor Jorge Wagensberg tells us that the most important thing about particles is their relationship… “Then, what does remain? Not, the particles, but their relations, their order… in other words, an information. The essence of things is not in the matter, but rather in the shape.”  In elBulli Foundation the architecture is pure energy; CO2, photosynthesis, salinity, relative humidity, natural park and geothermal.

elBulli has taken the natural information and data to create single reality system for their energy needs. Below is a model of their system, using what they call Cloud 9. Through this cloud they analyze both kinds of reality, tectonic, (through a 3d scanner) and chemical (through a weather station). They processed all the information data for the visualization of their cloud 9 single reality. Their two realities (tectonic and chemical), drive them to a single architecture, the architecture of elBulli Foundation.

Through the use of other programs they were able to introduce aspects to improve the building through parametric design, such as economy, materiality, structure and building energy efficiency. Taking all these parameters to obtain a digital 3d model of the new architecture through the further use of CNC, rapid prototyping and laser cutting.

elBulli Foundation is a brainstorming / cinema hall serving as an archive and place to find ideas and experiences.

Each Euro that is spent on the retrofitting project means six euros of saved energy. These thermographic images display part of the energetic audit that was conducted at elBulli in March of 2011.

Ferran Adria requested that a brainstorming space to be created for the collecting of ideas and experiences. This space called for the preservation of the views that are present and that access should be partially buried. Through form finding the world under water was approached and the use of dead coral was seen as a way to create openings for the views and to allow light into the space.

With the transformation of elBulli into an innovative think tank environment, Ferran Adria will continue to pursue the same level of commitment to forward thinking as a method of teaching as he did through his creations in the elBulli kitchen. Together with architecture and the ability to free his mind, Adria has created an environment that nurtures the creative capacity through his concept of “freedom to create”. What he is creating through the foundation is the continuation of great practice, honest curiosity and love of food and love of taste.

References: elBulli Foundation, Anthony Bourdain No Reservations : Decoding Ferran Adria, A Day at elBulli: An insight into the ideas, methods and creativity of Ferran Adria