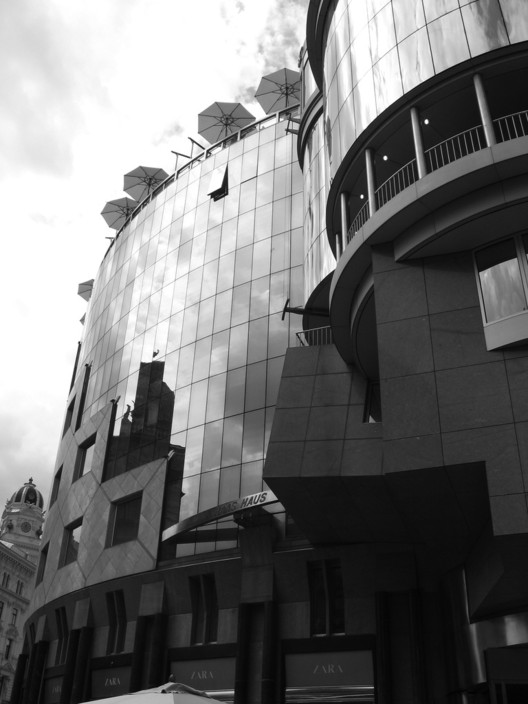 The modern Hass Haus, designed by Hans Hollein, was controversial from its initiation in 1987.

The intrusion of a contemporary glass and stone building was met with a resistance, much to do with its location in the shadow of Vienna’s oldest and greatest architectural masterpieces – St. Stephen’s Cathedral. If anything, the building’s locale in St. Stephens Square is most complementary to the antique cathedral; the contours of the church are brilliantly mirrored on the Hass Haus’ facade and display that modern architecture can be momentous, as well as unobtrusive to its historical context.

The reflective facade is perhaps the most fascinating aspect of this structure. Not only does it emphasize the Hass Haus’ historical surroundings, but each of the individual panels is a functional window which tilts outward to allow ventilation.

Romanesque in appearance, the round, curved facade further connects this current structure to its medieval milieu.

Having been based on the principal that “modern house are built on top of medieval ruins,” this addition occupies the second level and above, suspending above street level. To support this cylindrical protrusion, blocks of marble project out from the building and downward to the lower levels, which are adorned with stone.

Haas Haus was originally conceptualized as a shopping mall, however, it currently functions as a hotel, restaurant and a café and the other part is four floors of a sales room for an international fashion chain. This multi-use facility offers modern conveniences, without ruining the old-world feel of Stephansplatz. 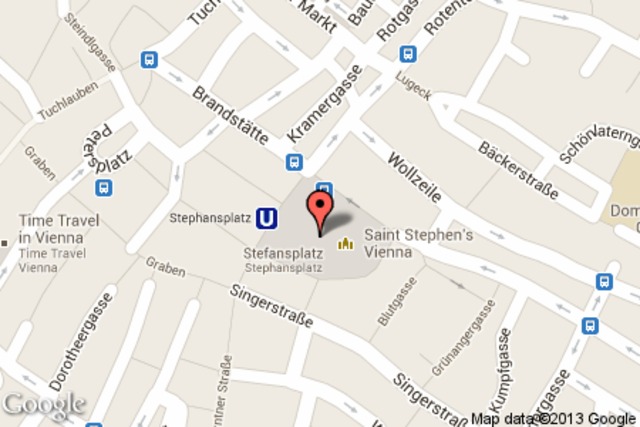