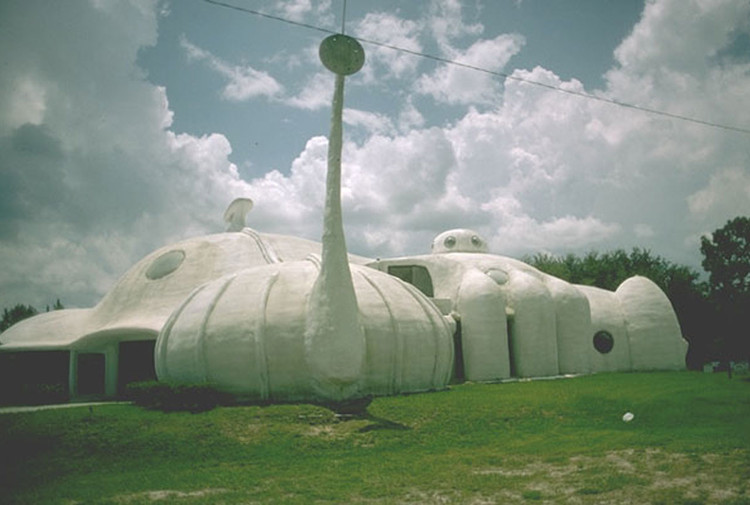 Text description provided by the architects. Heralded as “House of the Future”, the Xanadu House by Roy Mason is a domed structure constructed completely form insulating polyurethane foam. The house was appropriately built less than 30 miles away from Disney World’s “Land of Tomorrow” Epcot Center and the two were opened only a few months apart.

The Xanadu House Project consisted of three show homes throughout the United States; the other two were constructed in Wisconsin Dells, Wisconsin and Gatlinburg, Tennessee.

The point of the homes was to show the general public that this innovative structure could provide a low cost modern home that could be built quickly and easily. The Kissimmee House was the most popular, partially because of its size but also because of its prime location. At its high point the house was attracting 1000 visitors per day.

The innovative new design technique was design by architect Bob Masters. The system of assembly for the Xanadu Houses involved inflating a large vinyl balloon. Once inflated a layer of quick-hardening polyurethane foam was applied. The foam was built up to five to six inches and the balloon was removed. Several domes were constructed next to each other and interconnected, creating the overall residence. Masters was inspired by the Kesinger House in Denver, Colorado, one of the first rigid insulation homes ever built.

A Computer system within the interior of the home helped extend the futuristic feeling inward. A system named “autochef” planned balanced meals and cooked them automatically at a set date and time. Visitors to the house were brought through the house by an automated tour guide. “Videotexture” windows contained computer generated landscapes that could change with the click of a button.

Though the house was cutting edge in its materiality and computer automation, its construction yielded dark, cavernous spaces. The main and largest dome stood over the main den area. To prevent possible collapse the roof of this dome was supported by a faux tree  The domed walls offered little head room and though window openings were cut into the exterior little light came into the space.

After materials and methods used within the house became obsolete it began to lose its popularity. Soon enough the house fell into disrepair. After being sold in 1997 the house was used briefly as office space and then once again abandoned; the structure was demolished in 2005. 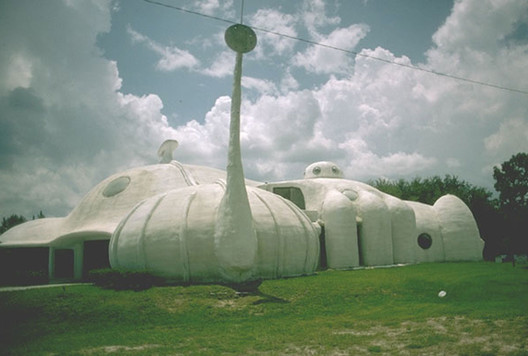