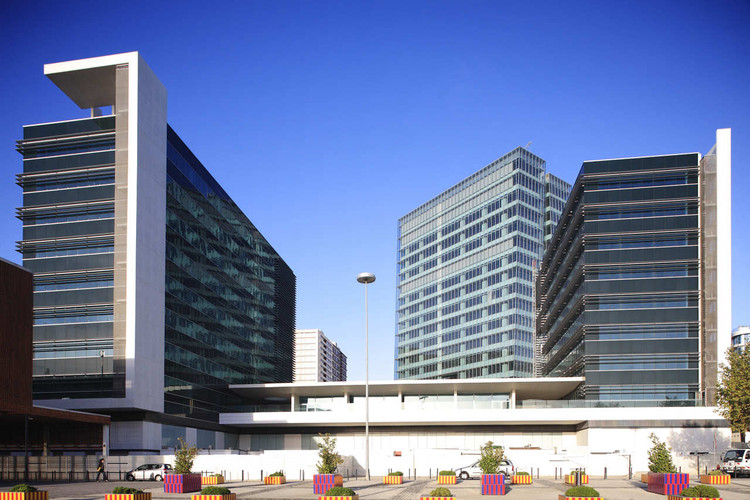 Text description provided by the architects. The office park design had its genesis in the urban structure and the following fundamental concepts of the urban plan and the detailed plan pp1: multi-functionality; morphology of the surroundings; Views system; circulation roads; panoramic pedestrian platform, landscape structures.

The contribution of the built space to the requalification of the urban, landscape and environmental area involves its articula- tion to the surrounding urban fabric, through the relationship between the above-mentioned elements, in an inductive per- spective and as a generator of attraction.

In this sense the following inductive elements are determin- ing factors of the urban form: tower with 18 floors towards the northwest; avenue d. João II and its built front towards the west; alameda dos oceanos with its playful character; platform at level 16; system of street services; Insulation; panoramic views over the river and emblematic architectural elements; environmental re-qualification on the block; pedestrian crossing pathways.

The tower was treated as a singular element, and is read to- gether with the other one that is in the west. both towers are an important benchmark of the plan and stand out in approach along the avenue d. João II. formally it is detached from any building, thus being an invaluable reference.

Its articulation takes place through an entrance square with a more urban nature and which encloses the more institutional functions of the complex. this urban square, a meeting place, is framed by three more relatively elevated blocks and also by the conference center.

Without sacrificing its formal integration within the office park group, the morphology of the several blocks permits differen- tiation in relation to the various purposes and needs of the dif- ferent occupiers. 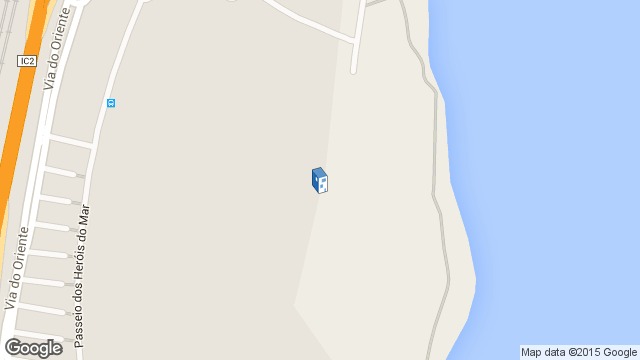