Text description provided by the architects. As you drive past the newly developed Prahalad Nagar Road, situated in the north-west of Ahmedabad city, a monolithic structure rises out of the ground and demands your full attention. This is Pegasus, the new commercial space designed by Jagrut Patel, the renowned and award winning architect.

A combination of metal and concrete, Pegasus is a symbol of power. Its monolithic looks have been achieved by hiding the separation between the floors with a multi-functional and very aesthetically design false façade. The two blocks of Pegasus frame the endless sky between them, adding to the imposing look of the building.

Pegasus is a commercial space that is sensitive to the climatic conditions of the semi-arid region of Ahmedabad and the usage pattern of its occupants. Architect, Jagrut Patel believes in fusing design with the understanding of human sciences.

The design of the façade is based on the phenomenon of persistence of vision. (Persistence of vision is the phenomenon of the eye by which even nanoseconds of exposure to an image result in milliseconds of reaction (sight) from the retina to the optic nerves). From a distance the vertical fins create an illusion of a solid mass. While they give the occupants an uninterrupted view of the outside.

The false façade with powder coated aluminum vertical fins and multi layered poly carbonated sheets as its main feature is the functional skin of the building. It plays multiple roles of filtering the sunlight while allowing enough air ventilation. Its double layer with cavity walls creates an air gap, which acts as a buffer between the extreme hot external environment and air conditioned cooler environment inside the building. Thereby minimizing the cooling loss and energy consumption of the building. Pegasus's façade is also design in such a way that it intelligently conceals plumbing and AC services.

Jagrut Patel has made use of multi – layered poly carbonated sheets make the façade non – static. It reflects light and hence gives the building a new look every time the sky changes its color. It also diffuses the light evenly for the interiors.

The landscaped expanse on the ground floor has been created to draw in pedestrian movement. It creates a sense of a dynamic public space, says architect Jagrut Patel. All the parking requirements have been taken care of in the basement. Some of the other features of the building that add to the overall look of the building and comfort for its occupants are a covered drive-through foyer on the ground floor, separate executive and service elevators and a an understated by impressive lobby space.

Like other Jagrut Patel buildings, Pegasus is an innovative and welcoming design. Jagrut believes that people react positively to such buildings and spaces. Good looks are just a by-product of his work, as he says and not a forced endeavor. 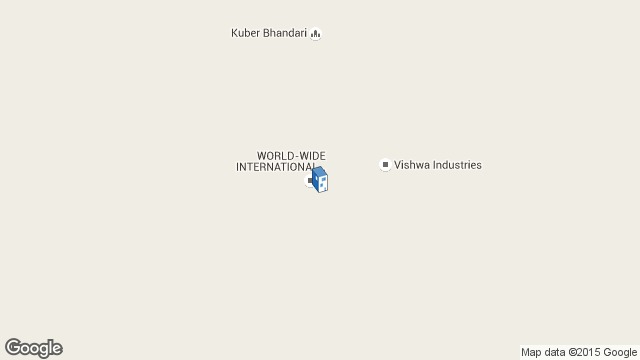 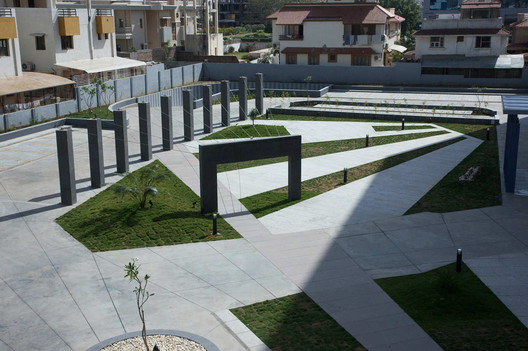